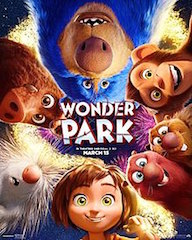 “Paramount Pictures continues to be a strong supporter and partner of the 4DX cinematic experience, and we are beyond excited to grow that partnership with the release of two highly anticipated titles from their 2019 film slate,” said Jong Ryul Kim, CEO of CJ 4DPlex. “This is the one of the most exciting ways to experience the year’s biggest movies and we look forward to bringing additional titles in the latter half of 2019.”

“We can’t wait to share Wonder Park and Pet Sematary with audiences everywhere in 4DX theatres this year, and expand our partnership with CJ 4DPlex,” said Mark Viane, president of international theatrical distribution at Paramount Pictures. “Paramount Pictures is always looking to create new and engaging experiences for audiences, and we are excited to utilize new technologies like 4DX to showcase great stories in unique new ways.”