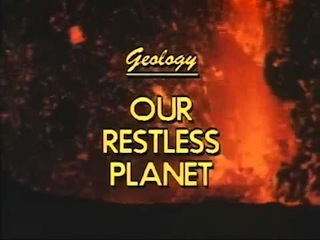 Bruce Austin of Bruce Austin Productions and Dan Harris of Eight Ball Pictures and Stereoscope teamed up to create the 3D film Our Restless Planet, for the JPL Earth Science Visitor Center. The film highlights the effects of hurricanes, earthquakes and fresh water supplies on our planet.

They relied heavily on Edius 7 multi-format nonlinear editing software. “We’re so proud of this film, which is being seen by thousands of visitors to JPL each year,” said Austin. “With Edius at our fingertips, editing this film was an absolute breeze. We were able to bring multiple formats, resolutions and clips together and were able to edit in real-time without rendering, which made the entire process quick and painless. We’re very excited with the outcome of this project, and I don't think it could have been done on any other editing system.”

Our Restless Planet was assembled with footage from JPL consisting of Red Digital 3D files, 2D-to-3D converted archival footage and a number of other 3D file formats. In addition, Austin shot original footage on a number of 3D cameras, including Sony's TD300 and Panasonic's 3DP1 and Z10000. CG animations of the earth with multiple layers of compositing and chroma keying were accomplished with Edius.

"The real-time 3D playback feature of Edius made all the difference," said Austin. "The client could make instant quality judgments based upon the effect 3D has on the pacing and mood of the project. The ability to color correct and do stereo alignment while the client watched was invaluable."

“Edius allowed me to make editing decisions in real-time while viewing in 3D,” said Harris. “Past experience with other NLE’s transcoding slowed the creative process down. With Edius, the final delivery was performed in weeks instead of months. Whether editing in 2D or 3D, Edius stands out as one of the top editing tools available today.”

“As the leader in space exploration efforts in the United States, JPL is an important part of American culture, and we’re so pleased they called upon Grass Valley’s powerful Edius system for their editing needs,” said Steve Ronneberg, senior vice president, sales and marketing communications, Grass Valley. “Our efforts to expand and upgrade Edius are ongoing so that it continues to be the leader among editing software applications.”