Spearheaded by Opsis' VFX supervisor Michael Jackson and VFX producer Lena Bahrs, Legion created around 200 photoreal visual effects for the film. VFX supervisor James David Hattin and VFX producer Nate Smalley in LA, and Dylan Yastremski, head of production in British Columbia, led their diverse group of talent. Drawing from Legion’s global collective of artists, they assembled a workforce with the expertise needed to efficiently craft the mix of high-quality visual effects that the film demanded.

“Opsis explored creative options, integrating conceptual artwork into post-vis, getting sign-offs on looks during principal photography, and delivering final layouts for most visual effects before the post process began,” says Hattin. “They provided us with a blueprint for each shot, as well the timing and beats, eliminating the need for endless versions, enabling our artists to cost-effectively turn around large volumes of complex shots on very tight deadlines with ease.” 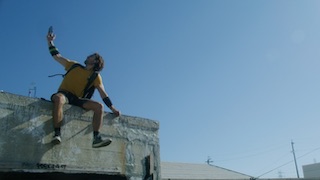 Songbird is set in 2024, as a much more deadly mutation of coronavirus spreads throughout the world. The story unfolds in Los Angeles, where the military meets the crisis with an enforced lockdown, compulsory scanning, and the infected forced from their homes and transported to quarantine camps. The sci-fi thriller centers on a handful of people and their plight to survive the pandemic and navigate an oppressive totalitarian system.

While safety concerns kept most people off the streets during production, creating the desolate, apocalyptic look of a city ravaged by a deadly pathogen and oppressive conditions required the help of digital imagery. 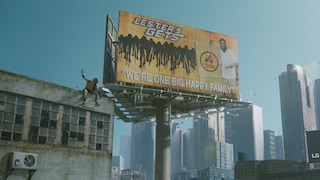 Songbird was an ideal candidate for Opsis’ visualization services and Legion’s road-tested remote approach. Both the production's timeline and bottom line benefited from Opsis’ efficient management and execution of more than 250 visual effects for the film.

“Having Legion as part of our team allowed us to get a jump start in allocating artists and technologists, working safely and remotely, as Legion has been operating with distributed teams for years,” said Opsis CEO Henrik Fett. “They are tremendously experienced in managing remote VFX productions, with a deep bench of senior artists that really makes a difference.”

“It is refreshing to work with people who know the important value they bring to a project while embracing being part of a bigger group,” Fett added. “All of our partners and collaborators are established in their field, and we are excited to have assembled such an all-star team for Songbird!”