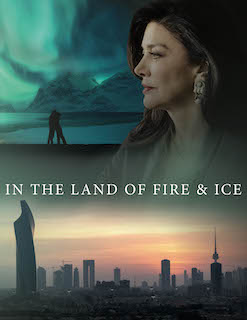 This year’s first-place $5,000 NYWIFT Ravenal Foundation grant has been awarded to Sarah Knight for In the Land of Fire & Ice, in which a powerful Kuwaiti CEO, finding herself under attack by a hostile activist investor, makes a tactical retreat to a remote peninsula in western Iceland to clear her head and strategize her return. There she meets a reclusive Scottish innkeeper who fled to Iceland many years ago for reasons of his own. Together, they explore the Land of Fire and Ice, reigniting her passion for her work—and for life itself. The film, which was also an Athena List Winner, is in pre-production and Academy Award-nominee and Emmy-winner Shohreh Aghdashloo (House of Sand and Fog, 24, The Expanse) is attached to star.

A second-place prize of $2,500 was awarded to Signe Baumane for her animated feature My Love Affair with Marriage, which is currently in production. The film uses music and science to examine the biological chemistry of love and gender, as well as the societal pressures on an individual to conform to social mores. Latvian-American filmmaker Signe Baumane has written, directed and animated 16 shorts and one feature film, many of them with a strong female point of view. She believes passionately that animation is a perfect medium for adult storytelling. Her films collectively have screened at over 560 film festivals including Sundance, Berlin, Venice and Karlovy Vary.

NYWIFT also announced the recipients of four scholarships for aspiring women filmmakers studying at Brooklyn College and Hunter College, funded by the Ha Phuong Foundation, and the NYWIFT Sabrina Wright-Gilliar Award at the Academy for Careers in Television & Film.

“We recognize the importance of supporting women at every stage of their careers – especially now, when so many in our industry are facing unprecedented challenges and uncertainty due to COVID-19,” said NYWIFT executive director Cynthia Lopez. “We offer our heartfelt congratulations to the scholarship recipients and thank Ha Phuong for her generous support. We are so proud to join forces with the Ravenal Foundation once again to support two incredible – and wildly different – films that speak to the diversity of women’s stories and the breadth and depth of their creatives voices.” 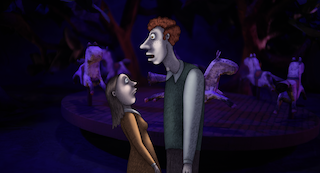 The two directors who received grants were selected from a wide range of submissions from women filmmakers around the country.

Knight’s narrative feature debut Vino Veritas was released by Gravitas Ventures in 2013. Strong female-driven stories have been a hallmark of her work, which include the documentaries Diamonds are a Girl’s Best Friend, about the female head groundskeeper of the Baltimore Orioles, and Hot Flash, about the band Saffire-The Uppity Blues Women. She attended the 2019 Stowe Story Labs Spring Writer’s Retreat with An Ideal Wife, her gender-reversal updating of Oscar Wilde’s An Ideal Husband. Her adaptation (co-written with Sarah Skibinski) of Michael Dorris’ bestselling novel A Yellow Raft in Blue Water, about three generations of Native American women, was featured at IFP Independent Film Week.

“I am thrilled the NYWIFT Ravenal Grant has recognized and embraced this project,” said Knight. “In the Land of Fire & Ice was sparked by a desire to put the mesmerizing Shohreh Aghdashloo front and center in her own delicious, romantic drama. In searching for a character template that would match her intelligence and strength, I discovered the Arabian Business Magazine’s ‘100 Most Powerful Women’ list and was surprised to learn how many female CEOs exist in the Middle East. I traveled to Kuwait and the United Arab Emirates and interviewed several prominent female CEOs in various fields. All were extremely generous with their time and shared a wealth of personal and professional experiences, which formed the lead role’s foundation. I cannot wait to introduce audiences to this magnificent character and the support from NYWIFT Ravenal will help tremendously in that effort!”

Filmmaker Cornelia Ravenal, who initiated the grant, said, “Women directors have stormed the industry’s ramparts in the last few years, so while barriers to women working at full capacity and pay still exist, they’re falling fast. But for women over 40, there’s an additional obstacle: ageism. We hope this grant begins to address that inequity and encourages all women directors to forge ahead.”

This is the sixth year the NYWIFT Ravenal Foundation Grant has been presented. Last year’s first-place winner, Lydia Dean Pilcher’s A Call to Spy, was released by IFC Films in theaters and VOD October 2; second-place winner T11 Incomplete by Suzanne Guacci had its US Premiere at Outfest on August 27. Other past recipients include Diane Paragas for Yellow Rose (picked up by Sony Pictures Worldwide), Debra Kirschner for Mallwalkers, Rachel Feldman for Lilly, and Janet Grillo for Jack of the Red Hearts.

As part of New York Women in Film & Television’s ongoing commitment to nurturing the next generation of women filmmakers, it also presented scholarships to four college students thanks to the generous support of the Ha Phuong Foundation. The Ha Phuong Foundation is one of the largest of its kind and was founded by Vietnamese actor, singer, writer, philanthropist and NYWIFT member Ha Phuong (HP), as a result of her passion for music and her fierce devotion to supporting young people’s causes. Awards were presented to Brooklyn College Film Production students Osa Faith Adu and Destiny Blackwell, and Hunter College students Melissa Lent and Tanisha Williams.

This year’s NYWIFT Sabrina Wright-Gilliar Award, Academy for Careers in Television & Film (TvF) was presented to Katarina Dacanin. The scholarship honors the memory of the legendary prop master Wright-Gilliar (The Good Wife) and supports a high school senior committed to a career in production. All were also welcomed into the organization’s Next Wave membership program.

Learn more about past recipients at www.nywfit.org/ravenal.