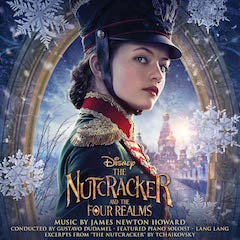 The official premiere of the Disney film The Nutcracker and the Four Realms to place in Moscow’s Zaryadye Concert Hall, which opened in September. The stage has already played host to famous orchestras and world-renowned musicians, but the screening of the Walt Disney Studios Sony Pictures Releasing movie was the first international premiere to take place at the venue. The event featured a Christie CP4325-RGB pure laser projector and CineLife electronics platform. Christie’s long-time partner in Russia, Asia Cinema, provided technical support for the premiere.

“No other venue in Russia can match the acoustic and technical specs of this multifunctional hall. The space accommodates an audience of 1,600 and can be transformed to suit the format of an event, concert, or show. But holding a movie premiere here was actually something of a challenge for us,” explained Asia Cinema CEO Arseny Kuzminich. “We developed some non-standard solutions which allowed us to make optimal use of all of the features that the concert hall has to offer, including its near-perfect concert acoustics, while ensuring optimal technological conditions for premiering the movie. Most importantly, we decided to use the Christie CP4325-RGB pure laser projector for the premiere. This was quite unambiguously the only choice to meet the challenge of ensuring a premium level of brightness and image quality.”

The Christie CP4325-RGB pure laser with RealLaser technology and the CineLife electronics platform is a compact, DCI compliant, all-in-one projector. This model is the brightest unit in the Christie RealLaser family. Other factors also influenced the choice. “We needed to come up with a compact way of housing the equipment in a specially constructed projector cabin right there in the hall, as the existing central control room was not set up for the requirements of a movie screening. Then there was the challenge of ensuring low noise levels. We also had to find a projector model that didn’t need a separate fan and required minimal cooling. The only projector that could do all of this simultaneously was the Christie CP4532-RGB,” added Petr Provorov, head of Asia Cinema’s technical department. “We ended up doing something totally new to us. The custom-projector cabin we provided turned out well, as it’s easy to convert and assemble, and we can certainly see something like it coming in handy again in the future.”

When the big day finally dawned, magic and celebration were in the air. On display in the lobby of the concert hall was a limited line of dresses from Russian designer Alena Akhmadullina, inspired by Disney’s The Nutcracker and the Four Realms. In the foyer, guests attending the premiere could lose themselves in the fairytale by exploring themed areas: the Land of Flowers, the Land of Sweets, the Land of Snowflakes, and the mysterious fourth kingdom, previously known as the Land of Amusements.

The movie was introduced by CEO of Disney Russia, Marina Zhigalova-Ozkan. Before the screening began, the audience were treated to a surprise when singer Matteo Bocelli performed the song Fall on Me from the closing credits of the fairytale adventure. 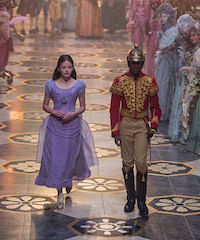 Adil Zerouali, cinema sales director for Europe at Christie said, “We are delighted that our long-term partners chose a solution from the latest generation of Christie projectors with RGB pure laser technology for this Disney premiere at a Moscow venue as significant as the Zaryadye. Asia Cinema strives to use only the best equipment to ensure that audiences are truly spellbound by what’s happening on-screen; that’s why they equip cinemas with the technology of the future, today. This makes for a fruitful collaboration that we at Christie value greatly.”

Ekaterina Petropavlovskaya, WDSSPR technical director said, "Our partnership with Christie and Asia Cinema for the premiere of The Nutcracker and the Four Realms was hugely productive. We were struck by the quality of the screening, which was achieved with the help of the Christie RGB pure laser cinema projector under unconventional conditions in a cinema and concert hall. The contrast, brightness and color rendition were perfect. Our first experience of cooperation was a successful and highly rewarding one, and we received great feedback from the guests who attended the premiere."

Kuzminich said, “Both the premiere of the movie and the premiere of the new Christie CP4325-RGB pure laser projector, which was used for the first time in Russia to show a film outside of cinemas, were a great success. Our portfolio of projects using this new generation of laser technology is growing, and we’ll soon be ready to say much more about it.”