Novo Cinemas, part of the Elan Group in Qatar, has launched a new flagship cinema at Mall of Qatar, in Al Rayyan, Doha. The new cinema features 19 screens, including an IMAX Laser theatre that features the largest IMAX screen in the MENA region and seats 530 people. It also includes an upgraded sound system featuring 12 channels plus sub bass that delivers lifelike sound from all directions, including overhead, to fill the cinema with astonishing clarity, richness, detail, and depth. I spoke recently with Novo Cinemas CEO Debbie Stanford-Kristiansen about the new theatre and, in particular, her belief in the importance of lobbies.

Digital Cinema Report: You recently opened your newest flagship cinema in the Middle East. Tell us about that theatre.

Debbie Stanford-Kristiansen: The new cinema offers a selection of luxury experiences to guests ranging from a host of 7-Star cinemas which include a VIP lounge, personal butler service and in-theatre dining through to the new Novo IMAX 7 VIP, fully reclining top-of-the-range leather seats within the IMAX Laser with private entrance and in-theatre dining. Both options will ensure the most opulent in cinema viewing experience possible.

A range of healthy snacks, delicious treats and the elegant7 menu alongside a new sushi bar concept complete the great time out, which customers can enjoy at Novo Cinemas, Mall of Qatar. 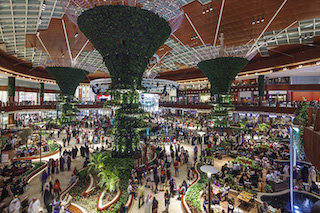 DCR: What technology are you using in the new theatre?

DS-K: The new IMAX with Laser system delivers a perceived resolution beyond 4K delivering maximum, contrast and brightness. The system also includes an upgraded sound system featuring 12 channels plus sub bass that delivers lifelike sound from all directions, including overhead, to fill the cinema with astonishing clarity, richness, detail, and depth.

Introduction of the first ever 4D cinema in Qatar is another innovation brought to the market by Novo Cinemas; a screen will be dedicated to MX4D cinema and technology, which coordinates movement of the seats with the actions occurring on the screen, allowing for a heightened level of engagement and immersion in the film. There will also be interactive, crowd-pleasing special effects such as air blasts, water spray, seat rumblers, under seat “poppers”, scents and a number of theatrical atmospheric effects such as wind, rain, fog and more.

Novo is also proud to have three Dolby Atmos screens across our portfolio of cinemas. A Dolby Atmos sound system allows the movie's sounds to flow all around you and completely immerses you in the action, heightening the impact of the story and creating a powerfully moving cinema experience.

DCR: How important is technology in your cinemas?

DS-K: Novo Cinemas was recently awarded The Most Innovative Cinema in The Middle East at Middle East Film and Comic Con – the largest and most attended film and multi-genre convention in the region – Novo Cinemas continues to pave the way in the entertainment industry. 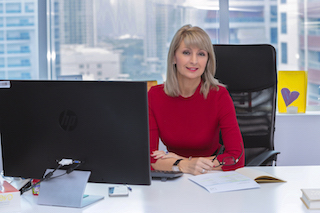 Excelling in its category, Novo Cinemas was recognized for its impact on the industry, with accomplishments such as: the introduction of the first ever IMAX in the region at its flagship cinema in Ibn Battuta Mall, the opening of the largest IMAX with Laser in the MENA region in its recently launched Mall of Qatar location, and its exceptional experiences including MX4D technology and VIP 7-Star.

DCR: How many cinemas do you currently operate and how many of them are in the Middle East?

DS-K: We currently have an extensive network of 146 screens and 22,000 seats in 15 locations across the UAE, Qatar and Bahrain, with five dedicated IMAX screens in the region including the largest Imax with laser in the Middle East region at Mall of Qatar. By Q1 2018 we will have a total of 7 IMAX screens; the largest number of IMAX in the region together with our partnership with IMAX across all three Novo territories.

DCR: How much attention do you currently put into your lobbies?

DS-K: A tremendous amount of attention goes into our lobby areas. A cinema lobby sets the tone for your movie experience. We pride ourselves on the bespoke designs of our lobbies that fully reflect and embrace their particular surroundings in their own unique way. For example, at our Mall of Qatar cinema we have a fully interactive lobby experience with LED screens and lighting starting on the floor, up the walls to the ceiling. It’s a cinema in a state-of-the-art mall therefore our lobby design further reflects this overarching concept.

We have one cinema lobby that has classic movie quotes designed into the floor and walls as its location tends toward a movie buff crowd. Another flagship cinema lobby frequented by young families and teenagers has larger than life movie characters on display for guests to take photos with and they act as an attraction on their own. It really gives another dimension to the movie experience.

Our newest cinema to launch will be IMG Worlds of Adventure in Dubai and as it will be situated in the world’s largest indoor theme park, we have designed a futuristic lobby that will seem to transport visitors into an actual video game.

Our lobbies are the door way to your immersive movie experience. DCR: How does operating in predominantly Muslim countries impact your business?

DS-K: Going to the cinema is part of the cultural DNA in this region, as it’s a much-loved pastime.  The audiences themselves can be described as discerning with very high expectations and that is why Novo Cinemas offers a competitive portfolio of film offerings for Hollywood, Bollywood and Arab films, as well as for alternative content alternative content such as screenings of El Clásico football, Live Boxing matches from Las Vegas, and a Bolshoi Ballet series of performances including classics The Nutcracker, Sleeping Beauty and Swan Lake. In short, we have something to offer all tastes and across the board; the most popular movie genres in the region are action (including superhero), thriller, horror and comedy.

DCR: What’s next for Novo Cinemas?

DS-K: Novo Cinemas’ ongoing expansion will see our numbers grow to over 220 screens in over 22 locations by 2018.

In the coming months we will be launching:

Megamall fully renovated and will be relaunched this month

Buhairah Mall fully renovated and will be relaunched this month

This May we’ll launch our six-screen extension (from 12 to 18 screens) at our Dubai Festival City cinema, which will include our newest 4D cinema with MX4D

In June new IMG Worlds of Adventure will feature 12 screens including an IMAX Laser, three VIP 7-Star screens, a Kids’ screen and a multipurpose screen where we can host live events

New Oasis Mall will open with nine screens in Q2 2018

We will also continue to build and foster new and current partnerships with key players in the region to strengthen our position as the leading cinema provider in the region.