No Time To Die Releasing in ScreenX 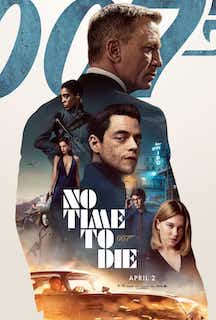 MGM Studios and Eon Productions announced today that No Time To Die will be releasing in CJ 4DPlex’s immersive 270-degree panoramic ScreenX for the first time. The 25th Bond film will release from September 30 through Universal Pictures International and in the U.S on October 8 through MGM via their United Artists Releasing banner.

No Time To Die in ScreenX will expand specially selected sequences of the film onto the left and right-side walls of the auditorium, surrounding audiences with extended imagery which naturally fills their peripheral vision. CJ 4DPlex worked closely with MGM Studios, Eon Productions, and the filmmakers to ensure the highest quality presentation of the film and selected key scenes and exclusive imagery for the ScreenX versions.

ScreenX draws you into the story on the main screen and immerses you in a virtual reality like setting with cinema quality resolution. James Bond has never been seen like this in the cinema. The film will be available on more than 363 screens worldwide and more than 64 screens in North America with Regal Cinemas, Cineplex, B&B, Cinepolis and CGV Cinemas.

In the multi-sensory 4DX format, the film will feature more than 20 different motion and environmental effects enhancing the action and drawing audiences closer to the story on-screen. Moviegoers will be able to experience epic action of the latest Bond franchise on more than 777 screens worldwide and more than 50 Screens in North America with Regal Cinemas, Cineplex, Cinepolis, Marcus Theatres, and CGV Cinemas.

"We are thrilled to offer the 25th installment of the James Bond franchise for the very first time in our two amazing premium formats,” said CJ 4DPlex CEO Jongryul Kim. “Fans around the globe will have the option to experience the film in unique ways in theaters that can't be replicated at home," said Don Savant, CEO & President, CJ 4DPLEX America. "We thank the teams at MGM Studios, Eon Productions, Universal Pictures International and United Artist Releasing for their collaboration and hard work to share this epic blockbuster on the big screen, and we look forward to bringing even more fans back into our theaters for the global release of this iconic franchise in our immersive ScreenX format and our multi-sensory 4DX experience."