New Sounds for Men in Black 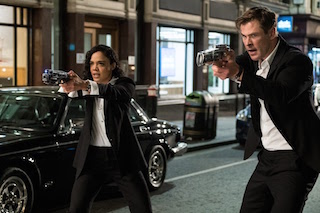 Like the preceding Men in Black films, Men in Black: International centers on a secret organization intent on protecting Earth from the scum of the universe as they face a new alien threat that can take the form of anyone, including MIB agents.

Ottosson, who also led the sound team for Men in Black 3, said that his aim was to honor the legacy of the earlier films, while taking the thrills and humor to a new level. “The Men in Black universe is full of fun and quirky characters that need equally fun and quirky sound design,” he explains. “The challenge was to stay true to the tone of what was established in the prior movies while moving forward with new and exciting sounds. At its heart, our work was to support and respect the story.” 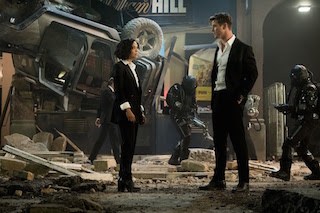 Ottosson and his team began working on the film early in postproduction, providing sound effects to picture editors Christian Wagner, Zene Baker, ACE and Matt Willard. “The direction from F. Gary Gray was to have fun,” says Ottosson. “Our goal was to find the right balance between action and comedy. When things get too loud or complicated, it becomes less fun. We arrived at a dynamic mix of action scenes and quiet sections, with lots of silly sounds mixed in.”

Among the film’s huge assortment of fantastical alien creatures, sci-fi weaponry, futuristic vehicles and moments of absurdity, one moment stands out in Ottosson’s mind. “The agents acquire an alien sidekick named Pawny,” he says. “We are introduced to him as he shoots at Agents H and M with a tiny gun. The gun does big damage, so it seems Pawny is a force to be reckoned with, but when he zip-lines down in triumph he lands in an unfortunate way. There’s a simple sound when he hits his head on the ground and, in one second, you know who he is. I’ve seen the movie a hundred times and that one sound always makes me smile.”

“It was my first time mixing with Julian,” notes Ottosson. “We worked well together. We both come from a background of supervising, designing sound and mixing, so we spoke the same ‘nerd tech’ language.”