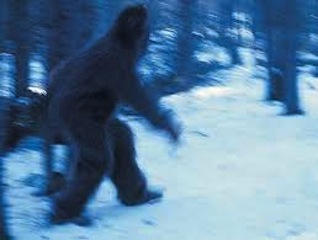 While coming face-to-face with an actual Bigfoot would likely strike terror in most people, it could now potentially make you ten million dollars richer. In the new one-hour reality competition series Ten Million Dollar Bigfoot Bounty, nine teams of lifelong Bigfoot bounty hunters—or sqautchers—use their skills combined with modern-day technology to track and capture this elusive beast, with one lucky team receiving a chance at 10 million dollars in cash.

Choosing the right post-production facility was crucial for completing the finish as the series had many technical hurdles to contend with. The shoot presented its own daunting challenge, spanning four states with multiple indoor and outdoor locations. In addition, a wide variety of videotape and card-based formats from 124 cameras including thermal imaging, time-lapse, quad copters and IR cameras were used.

“This is the most complex array of gear I’ve come across and I knew we needed a post-house with a colorist and online editor who could handle it,” said consulting producer, Scott Templeton.  Terence Curren and the team and AlphaDogs were my first choice.  I’ve worked with them on other projects and knew it would be the right decision.”

Typical reality television programming time constraints and hefty technical challenges made color grading especially daunting. Curren, the veteran colorist and CEO of AlphaDogs said, “We weren’t given extra time to complete the finish just because the production was “gear heavy” making the color grading process more demanding than other reality series we have worked on. You find a way to make it work without sacrificing quality while still meeting critical deadlines. Remaining flexible and thinking on your feet is key, especially when you’re looking at tight turnaround time.” 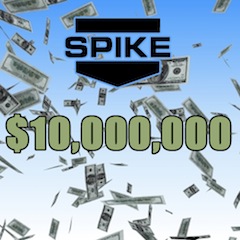 Executive producer and Emmy award winner Jon Kroll said, “We really wanted to give 10 Million Dollar Bigfoot Bounty an epic look, and AlphaDogs stepped up in a big way to elevate each episode one shot at a time. The difference was amazing.”

Co- executive producer Kerry Schmidt added, “We shot 10 Million Dollar Bigfoot Bounty from more than 100 source cameras, and thought we'd never be able to give the show a unified look. With Alpha Dog's support, we were able to pull it off.”

“It's not just that we got a great looking show, or that it’s done efficiently, it's also the comfort of knowing that the AlphaDogs team was watching out in the same way that I'd watch out for the show,” said Templeton. “It's a great feeling when you've got a tough project like this knowing that there is a team that has your back.”

The series required multiple deliverable formats. AlphaDogs' stringent quality control process made certain that broadcast and quality standards were met while delivering each episode on time, and ready-to-air.  Templeton said, “We have been very happy with the final delivery of each episode and I will be working with AlphaDogs again.  I know when I use AlphaDogs I’m not just hiring a facility. I’m working with a partner.”