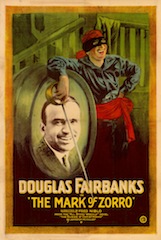 The Library of Congress today unveiled The Survival of American Silent Feature Films: 1912-1929, the first comprehensive survey of American feature films that survived the silent era of motion pictures.  Previous documentation established that nearly 11,000 (10,919) silent feature films of American origin were released from 1912 through 1929.  There was, however, no definitive, systematic study on how many of these films still existed and where any surviving elements were located in the world’s leading film archives and private collections.

Martin Scorsese’s Hugo and Michael Hazanavicius’ The Artist were cinematic tributes to the bygone era of silent films.  Moviegoers, however, may not realize that 70 percent of feature-length silent films made in America have been completely lost to time and neglect.

The groundbreaking study reveals some startling facts about America’s endangered silent-film heritage.  Only 14 percent—about 1,575 titles—of the feature films produced and distributed domestically from 1912-1929 exist in their original format.  Five percent of those that survived in their original 35 mm format are incomplete.  Eleven percent of the films that are complete only exist as foreign versions or in lower-quality formats.

“The Library of Congress can now authoritatively report that the loss of American silent-era feature films constitutes an alarming and irretrievable loss to our nation’s cultural record,” said Librarian of Congress James H. Billington. “We have lost most of the creative record from the era that brought American movies to the pinnacle of world cinematic achievement in the 20th century.”

“This report is invaluable because the artistry of silent film is essential to our culture,” said Martin Scorsese, film-preservation advocate and director of Hugo, a loving tribute to silent film.  “Any time a silent picture by some miracle turns up, it reminds us of the treasures we’ve already lost. It also gives us hope that others may be discovered. The research presented in this report serves as a road map to finding silent films we once thought were gone forever and encourages creative partnerships between archives and the film industry to save silent cinema.”

In addition to the establishment of the National Film Preservation Board—which comprises film-industry leaders and experts—the National Film Preservation Act of 1988 called for the Librarian of Congress to establish initiatives to protect the nation’s film heritage.  One of the Librarian’s first directives to the board was to support archival research projects that would investigate the survival rates of American movies produced in all major categories during the 19th and 20th centuries. 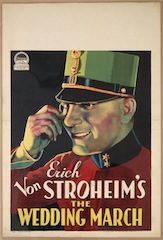 Commissioned by the NFPB, the study was written by historian-archivist David Pierce and published by the Council on Library and Information Resources. It is one of several congressionally mandated studies of the nation’s cinematic and recorded sound patrimony.  The report is available as a free download at the NFPB’s website www.loc.gov/film/ as well as CLIR’s website (www.clir.org/pubs/reports/pub158).

As part of the research for the study, Pierce prepared a valuable inventory database of information on archival, commercial and private holdings—who has custody of the films, how complete they are, the films’ formats and where the best surviving copies can be found http://lcweb2.loc.gov/diglib/ihas/html/silentfilms/silentfilms-home.html.  The report concludes that the existence of the database will allow the repatriation of lost American movies.

“As efforts continue to help bring back American silent films to the U.S. and perhaps rediscover even more now believed lost, we must recognize the magnificent contribution made by dozens of foreign film archives in saving many hundreds of U.S. films over the decades,” said Gregory Lukow, chief of the National Audio Visual Conservation Center-Packard Campus. “Countless films would no longer exist if not for the heroic efforts made by these overseas archivists who have played a major role in preserving not only their own national heritage, but also that of the United States.”

Some of the report’s findings:

Fourteen percent of the feature films produced domestically from 1912-1929 survived in their original-release 35 mm format. 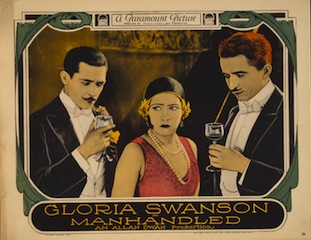 Eleven percent of the films are complete as foreign versions or on lower-quality formats, such as 28 mm or 16 mm.

Five percent are incomplete, either missing a portion of the film or existing only as an abridged version.

Of the more 3,300 films that survived in any form, 26 percent were found in other countries.

Of the silent films located in foreign countries, 24 percent already have been repatriated to an American archive.

The Czech Republic had the largest collection of American silent films found outside the United States.

The vulnerability of nitrate film stock to fire and deterioration and the industry’s practice of neglecting or destroying prints and negatives contributed to the loss to the nation’s film heritage.

Among some of the notable films considered lost in their complete form are Lon Chaney’s London After Midnight (1927); The Patriot (1928);  Cleopatra (1917); The Great Gatsby (1926), and all four of Clara Bow’s feature films produced in 1928, including Ladies of the Mob. Only five of Will Rogers’ 16 silent features survived and 85 percent of features made by Tom Mix—Hollywood’s first cowboy star—are lost.

Silent-screen legend Mary Pickford paid for the preservation of her films, ensuring that most of them survived.  Of her 48 features, eight were lost from the first three years of her career. Pickford’s 1911 short—Their First Misunderstanding—was recently discovered in an old barn. It was the first time that she was credited by name in a film.

Encourage coordination among American archives and collectors to identify and preserve silent films that currently survive in lower-quality formats.

Develop a campaign to document unidentified titles.  The Library of Congress has sponsored annual workshops to identify unknown and lesser-known titles.

Create an audience and appreciation for silent feature films through exhibition and screenings.