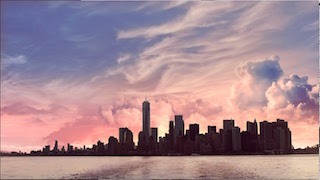 A mouth-watering new advertising campaign from AKA NYC promotes next year’s premiere of Charlie and the Chocolate Factory, the new musical as bringing a special excitement to New York City. In the first of three teaser spots breaking online this week, the show’s arrival in Manhattan is heralded by a thick bank of purple clouds that spreads over the city, and the appearance of a mysterious figure in white spats and a purple coat. Rolling out over the next several weeks, additional spots depict a city increasingly electrified by Wonka magic. The campaign’s climactic ad is a visual effects tour de force as the eccentric candy maker works his magic on some of New York’s most familiar landmarks…with spectacularly sweet results.

“We want people to know that a big event is coming to New York, a landmark for New Yorkers and tourists,” says AKA NYC content director Jamaal Parham.

The familiarity audiences already have with the Charlie story, through the Roald Dahl books and movie versions, allowed AKA’s creative team the freedom to take the campaign in an innovative direction. “People love Charlie and the Chocolate Factory,” says creative director Ryan Cunningham. “The education you have to do with most new shows is already built in. That allowed us to focus on the excitement of this beloved story coming to our city as a musical.” 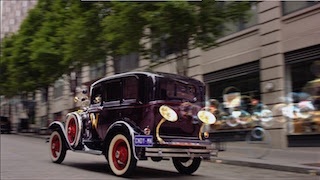 “We romanticize New York,” Parham says. “Our city is a little more fantastical than what you experience in daily life, but it’s also very authentic. The Bethesda Garden is a magical place; the Flat Iron Building is an icon. We picked the city’s best locations and we transform them.”

The concept for the campaign was born out of extensive research conducted by AKA’s show & tell research. The broadcast campaign will be accompanied by print, outdoor and online advertising and marketing elements, as well as a number of surprises.

“It’s uncommon to use teasers in the rollout of a new Broadway musical,” says Cunningham. “We took this approach because it gave us the opportunity to capitalize on the built-in anticipation and convey the emotion and magic of Charlie coming to New York.”