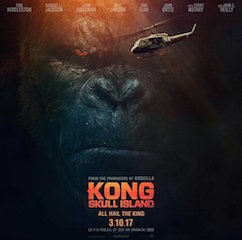 CJ 4DPlex has announced the films scheduled to be released in its 4DX immersive seat format in 2017. These new releases include the following titles from global studios premiering in various regions around the world during the first half of 2017:

Walt Disney Studios Motion Pictures: Beauty and the Beast; Pirates of the Caribbean: Dead Men Tell No Tales; Guardians of the Galaxy Vol.2

20th Century Fox: Logan; The Boss Baby; War for the Planet of the Apes

In 2016 more than 100 titles were screened in 4DX – an increase of 30 percent from the 72 titles available in 2015 – and blockbusters that encompass action adventure, superhero, fantasy, and sci-fi genres among the most popular. This trend is expected to continue into 2017 with the above titles.

For example, Resident Evil: The Final Chapter premiered in Japan last year and passed 75 percent average occupancy in the first screening weekend, and anticipation is high for the 4DX version as the film continues its worldwide rollout. Additionally, Logan is the third and final standalone Wolverine film to star Hugh Jackman, following 2013’s The Wolverine, which was available in 4DX across 12 countries. The previous film in the series attracted an enthusiastic response from moviegoers, especially in Brazil, where it recorded a 92 percent occupancy rate during its opening weekend.

“We are thrilled to be showing a line-up featuring the most exciting action films to kick off 2017. 4DX maintains close relationships with Hollywood studios and continually receives blockbuster content to be converted into 4DX – something that is increasing as more creatives and studio partners see our potential as a powerful new driver of theatre audiences,” said Byung-Hwan Choi, CEO of CJ 4DPlex. “The growing number of 4DX titles means that 4DX is recognized as a mainstream option for moviegoers seeking the most immersive cinema experiences available.”