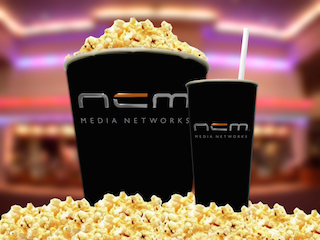 National CineMedia has created a new Affiliate Partnerships team dedicated to serving the needs of its more than 40 movie theater affiliates nationwide. Veteran NCM executive Stacie Tursi has been tapped to lead the team in the new role of senior vice president of Affiliate Partnerships, based in the company’s Centennial, Colorado headquarters. Tursi will report directly to NCM president Cliff Marks, who will be taking a more active role working with NCM’s affiliate partners going forward.

“NCM is very fortunate to have great affiliates, who, along with our three founding members AMC, Cinemark and Regal, make up the largest and most impactful theater network in the U.S.,” said Marks. “We are grateful for the trust they have placed in us to help grow their business, and I believe that Stacie and our new Affiliate Partnerships team will allow us to work together to be more strategic and more service oriented moving forward. It is our intent to bring our advertisers and affiliates more meaningful marketing programs, unique business ideas and other potential ways to earn incremental revenue.”

“We want NCM to be the first choice for our current customers and add new partners along the way,” said Tursi. “Our relationships with our exhibitors are a key and renewed focus of our business going forward, and I’m excited to be partnering with them to ensure that they get the most value out of our cinema advertising programs.”

Most recently, Tursi served as senior vice president, Eastern Region with NCM, where she led the local and regional sales team in training, on-boarding new personnel and developing sales strategy. She joined NCM in 2005, when Regal CineMedia and AMC's National Cinema Network joined together, along with Cinemark, to form National CineMedia. Prior to that, Tursi worked in sales and sales management for Procter & Gamble, Canon Computer Systems, and Canon USA.

With the formation of the new Affiliate Partnerships group, Bob Brouillette, NCM’s long-time senior vice president of business development, will continue to serve as an affiliate partnerships consultant until his retirement in December of 2017.