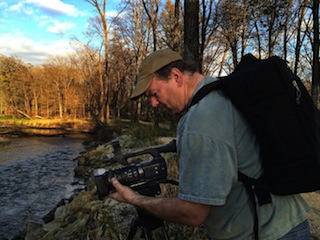 Director of photography Kevin Railsback specializes in nature and wildlife cinematography and runs a website www.filmmakingnaturally.com, that features tutorials on outdoor video production.

Railback has already shot extensive wildlife footage with the PX270, and has used it as his A camera on a shoot with a professional dance team for a DVD release. Future PX270 projects include shooting historical recreations on an upcoming feature for Fourth Wall Films, creating a meditation video, and acquiring diverse material for his stock footage agency.

Having shot for several years with the HPX250 as his workhorse camera, Railsback already has informed observations about the differences between that camcorder and the new PX270. Among advances, he numbers the PX270’s extra low light sensitivity, better codec, 1080/60p capture, electronic level, redundant recording, smaller size and more. 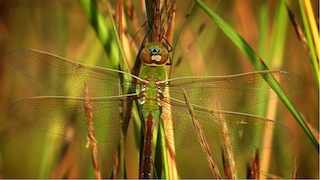 “Nature and wildlife filmmakers are most active at first and last light. That's when you have the most wildlife activity as well as that magic hour of light for landscapes,” Railsback said. “The PX270 pushes deeper into low light country without any additional noise. For example, I was filming a purple coneflower on a tall grass prairie using the camera’s high sensitivity mode. I looked at the time and it was 17 minutes after sunset. With other cameras I would have been halfway home, but I was just wrapping up in the field. As Panasonic pushes their cameras’ low light ability down, they've raised my creativity by allowing me to film in light previously too dim to get usable footage.”

“I've come up through the Panasonic ranks with the HVX200, HPX170, HPX250 and now the PX270—each new camera is a giant leap in image resolution,” he continued. “The PX270 resolves so much more detail that I'm confident when shooting busy nature scenes of, say a tallgrass prairie, that every stem of prairie grass will be incredibly defined and not meld together and be lost with all the surrounding vegetation.”

Regarding the PX270’s 1080/60p format, Railsback added, “When dealing with wildlife, you may only get a fraction of a second to capture something amazing. Slowing down the footage two and a half times real time means you encounter playback as more than just a glimpse.

“I have one user button dedicated to my scene files. I can quickly switch between two scene files that are virtually identical, except one is 24fps and the other is 60fps. If I see a deer come out of the woods, I can quickly switch to 60fps to get some nice slow motion, then switch right back to 24fps to continue filming a prairie flower.”

“I have incredible menu control over the PX270. About the only thing I can't do on this camera is order my lunch,” Railsback said. “I can dial this camera in with superb detail and controls, and get the look I'm after with surgical precision.”

For more information about the AJ-PX270 and other Panasonic professional video products, visit www.panasonic.com/broadcast