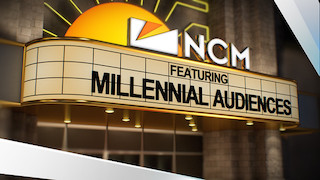 At the start of National CineMedia’s fifth annual upfront event at the AMC Lincoln Square movie theater on Wednesday, the company’s new CEO, Andy England, posed a rhetorical question: “Why do Millennials love the movies?” The answer, he said, is that “opening weekend for movies are, by definition, culturally relevant. Millennials want to see films as they are released because it puts them in the know. It gives them social currency. Having a point of view on Deadpool or the Jungle Book, or being excited about Bad Moms, is to be part of the narrative or to be woven into the fabric of popular culture.”

England said that NCM reaches that key audience, adding, “358 million tickets were sold to Millennials at our theaters last year.”

NCM’s newly appointed president, Cliff Marks said, his company’s audience is not limited to Millennials. “NCM is the number one weekend network for all demos, reaching over 700 million moviegoers every year. But the really big news is that our Millennial movie-going audience grew over 16 percent in 2015 and is already up 8 percent so far this year. We are now a premier Millennial network, with an average A18-34 weekly rating of 9.9 in 2015 — that’s any given week of any given month of the year. Nobody else but NCM can deliver an engaged Millennial audience with that level of viewable GRPs on a consistent basis.”

Marks pointed to to a joint study with Omnicom Media Group’s Annalect and CivicScience about Millennials’ movie-going habits: 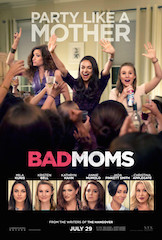 Millennials make up the largest frequent movie-going age group, and this generation is highly invested in the overall movie-going process

Millennials want to talk about their movie-going experience, and more likely to be influenced by social media (Facebook and YouTube in particular)

Exclusive theatrical formats like IMAX and 11.1 surround sound, coupled with luxury amenities like recliner seating and upgraded food options, are key drivers for a generation willing to pay more for a better experience

Millennials are the age group most likely to purchase movie tickets in advance.

86 percent of Millennials arrive early to the movie theater 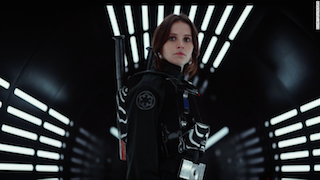 Marks added, “And we all know, Millennials don’t just want content pushed out to them; they like to personally interact with it as well. We’ve listened to the demand for brand interactivity, and NCM is proud to be working with Audience Entertainment and TimePlay to bring both gesture-based and mobile phone-based interactivity to cinema. We’ll be launching on approximately 500 screens and growing to over 1000 in the near future so consumers can interact with your brands live on the big screen.”

The upfront included clips from several highly-anticipated movies such as The Edge of Seventeen, Rogue One: A Star Wars Story, Doctor Strange, Bad Moms, Rings, Finding Dory and Moana.

Marks added, “Film planning has really changed in recent years, and the studios have recognized the need to spread out major releases throughout the year. There’s still a myth out there that only summer and holiday movies deliver big audiences, but NCM’s first quarter 2016 Millennial audience was 97 percent of our fourth quarter attendance — nearly identical — which just goes to prove that cinema is a year-round advertising solution for brands.”

“NCM is the connector between brands and movie audiences,” NCM chief revenue officer Bennett Fogel told the upfront crowd. “This statement defines our commitment to not only help you make that valuable connection, but to do so in more effective and efficient ways than anyone ever thought possible. As part of our transformation into a state-of-the-art premium video platform, we have developed a completely new inventory management system and are launching the first ever Data Management Platform for a cinema network with the Nielsen Marketing Cloud.”

Fogel then went on to introduce the new and exciting ways that America’s Movie Network is bringing cinema advertising into today’s world of enhanced targeting and big data:

Effective this upfront cycle, with the full rollout of NCM’s Cinema Audience Targeting Optimizer (CATO), advertisers to go beyond targeting by MPAA rating (G/PG, PG13 and R) to build media schedules at the film and genre level. NCM can now more effectively target a brand’s key audience by matching it to the movie titles and/or genres that can best deliver that audience in a given campaign schedule. 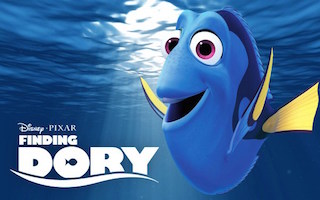 NCM’s Cinema Accelerator identifies moviegoers’ mobile devices as they enter a theater, and re-engages them with a brand’s messages wherever they are consuming content — on mobile, social, or online. This additional digital touchpoint provides an ideal way to leverage a big screen ad with small screen activations to drive traffic and transactions.

Fogel concluded, “Aside from all of the predictive data that we can provide on the front end, quantifying business lift is the key ROI metric that we are all being held accountable for today. Our physical locations give us the unique ability to track audiences from our theaters to your businesses. By working with geo-location based research companies, we have partnered with clients to conduct dozens of studies in the retail, QSR, and CPG categories. The results have been consistent, and almost startling, in terms of incremental traffic and sales lift.”