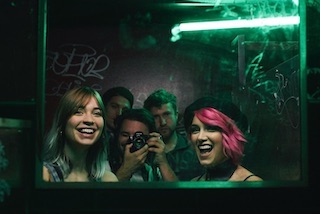 Poser, the debut film of directing partners Ori Segev and Noah Dixon, is a music-driven psychodrama about obsession, and the need to fit in and be a part of something. The film was selected to compete in the Tribeca Film Festival’s 2021 US Narrative Competition and made its world premiere there June 10th. The creative team of Adam Robl and Shawn Sutta composed the film’s score.

Shot on location in Columbus, Ohio, the contemporary dramatic film is set against the backdrop of the city’s thriving indie music scene. With musicians playing all the main characters, and performances by a wide variety of local bands, the film has an authentic feel and ambiance with a story that unfolds in a world defined by Columbus’ alternative music culture.

“During our early conversations with the directors last June, everyone quickly agreed that the score needed to play against the cutting-edge music to give the film a cinematic elegance,” says Sutta. “To achieve this, we juxtaposed the indie music sound of the movie with rich instrumentals, haunting angelic vocals, and modern textural elements that tie in with its present-day story. To find the right sound we listening to a lot of music by Handel, Bach, Chopin, and Mozart for inspiration, along with some of our favorite modern artists, such as Mica Levi and Jonny Greenwood.” 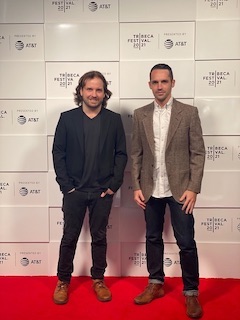 Like all their scores, Sutta and Robl music for the film is performed by musician on real instruments, bringing a timber, and resonance with nuances that can’t be achieved with electronically computation.

“Poser relies heavily on lyrics sung by women to connect the audience to the characters and their emotions,” says Sutta. “We knew that featuring female vocals would help tie the score in with the musical storyline.  Singer/songwriter Gabriela Ferrer was the ideal fit with this project. Her incredible vocal range and creative ingenuity elevated the score, as well as the audience’s experience. The melding of vocals was so effective that we decided to incorporate it throughout the score during key moments of the film.”

“Ori and Noah are true collaborators, and with two sets of partners we had four creative heads on the job, enabling us to double our efficiency and raise the creative bar," adds Robl.  "We took advantage of the flexibility and immediate accessibility, exchanging ideas and going over the smallest details during countless phone calls, elevating the score with each conversation."

Poser’ is currently seeking distribution, with the release of the soundtrack to follow.