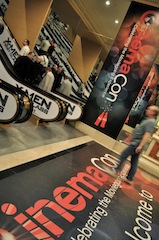 In less than two weeks the major movie studios and theatre owners will gather at Caesar’s Palace in Las Vegas for the annual CinemaCon conference, hosted by the National Association of Theatre Owners. Despite the implementation of new laws, new anti-piracy technology, and I heightened industry awareness, the Motion Picture Association of America estimates it loses billions of dollars each year to movie theft, although some people believe the number is in the millions. In any case, theft is theft, and as movie budgets tighten and theatre owners face increased competition, every dollar counts. Via email I recently interviewed Patrick Corcoran, vice president and chief communications officer for the National Association of Theatre Owners about the state of the piracy battle and for a preview of the trade show.

Digital Cinema Report: A significant of the Digital Cinema Initiatives specifications are targeted at fighting movie theft, including a system to track camcorders in movie theatres. Is camcording still the major source of movie theft?

Patrick Corcoran: It is estimated that 90 percent of illicit online movies are sourced to movie theaters recordings. These are eventually replaced by higher quality digital versions as DVDs become available, but everything we can do to delay the availability of illegitimate copies helps the studios and it helps our members.

DCR: What progress, if any, can you report in the ongoing fight against movie theft?

PC: That it’s an ongoing fight. We have been successful in reducing the number of camcords in North America, but it still remains the largest source of movies camcorded in theaters. The problem is global and the successful partnership between NATO, MPAA and our member companies here in fighting piracy is being replicated with our counterparts in Europe and other territories. 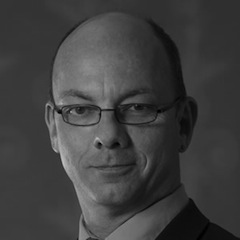 PC: We represent more than 600 companies in North America from the largest circuits to single screen mom and pop operations. We have members in 80 countries worldwide.

DCR: What topics – other than movie theft and technology – do you anticipate will dominate this year’s CinemaCon?

PC: The upcoming movie slate is of course, always of interest. A diverse and well-rounded slate throughout the year is an important priority for our members. We believe movie-going is a 52 week a year activity and we will continue to advocate for more broadly appealing movies in every season of the year.

DCR: For more than a decade NATO has tried to prepare all its members about the need to make the transition to digital. Now that the transition is virtually complete, at least in the United States, what help, if any, can NATO offer to the few theatres that have not yet converted?

PC: We have spent more than a decade helping to prepare our industry for this transition, from insisting upon standards, to a business model that includes studio contributions, to ensuring that business model was available to all theater owners big and small. We are nearing the end of 35mm film and the responsibility for making that transition is a business decision that is in the hands of the few who have yet to convert.

DCR: Proponents of digital cinema have always made the case that new technology, while expensive, offers many positives. They argue that it can provide a competitive advantage for exhibitors, streamline their business operations and give them access to a diverse selection of programs in addition to Hollywood feature films. That said, are your members weary of spending on new technology or do they embrace the idea that digital technology constantly evolves?

PC: Digital cinema offers many exciting new possibilities, including new and improved technologies, like laser projection, immersive audio, High Frame Rates and Extended Dynamic Range. We will work together with technology companies and standard-setting bodies to ensure that, like the digital transition, the technology is usable across the industry. As with any new technology, our members will assess their costs in relation to the new technologies’ appeal to audiences. If they provide more value to the customer or more customers, you can expect exhibitors to embrace them. 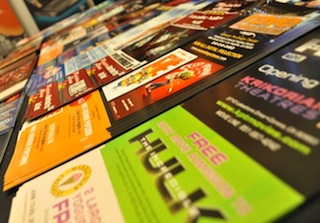 DCR: The third CinemaCon will be held later this month at the Caesar’s Palace in Las Vegas. By all accounts last year’s show was a bigger success than year one. Even the confusion caused by the new venues was greatly improved. How many attendees are expected this year compared to last year?

DCR: How many exhibitors are expected this year compared to last year?

PC: The tradeshow floor is sold out, as it has been each year at CinemaCon. CinemaCon is the ideal place for vendors to show their wares and to meet with their key customers – and potential customers. If you are in the cinema business, it’s understood you have to be at CinemaCon.

DCR: Other than the attendance numbers, how will CinemaCon 2014 differ from past years?

PC: Some elements will, of course, be the same. Expansive international programming on Monday. All the major studios will have product presentations or screenings, which are by their nature always new. Expect lots of stars. There will be panels and demos highlighting technological innovations, as we have at each CinemaCon. There will be a presentation on customer service from the CEO of Zappos.com, a panel on DCDC and the new age of movie delivery, and a panel of movie critics discussing their relevance to today’s highly-informed audience.

Instead of the directors’ panel that has becoming a highlight of the convention, this year we focus on just one – but that one is Christopher Nolan. At the Will Rogers Motion Picture Pioneers dinner it will be our great pleasure to celebrate the life and career of one of the industry’s greats, Tom Sherak. But check the schedule at CinemaCon.com or download the app to get a full sense of just how full our schedule is.