The Movie Magic of ScreenX 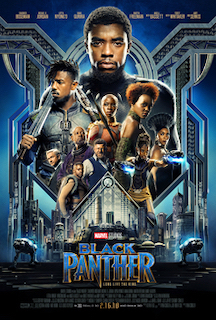 Launched in 2014 by the Korean producer of premium film formats and cinema technologies, CJ4DPlex, ScreenX is the world's first digital multi-projection theatre technology to enable a 270-degree panoramic movie watching experience. ScreenX uses a proprietary system to expand specially selected sequences of a film onto the left and right-side walls of an auditorium, surrounding the audience with exclusive imagery that makes them feel as if they’re inside the movie, creating a truly immersive experience. In the beginning, exhibitors, especially in the United States, were slow to embrace the new technology. In part, that was because so many were pre-occupied with the challenge of simply converting from film to digital projection and, in part, because CJ4DPlex was a new brand to them. But growing success in Korea and hard work by a lot of people paid off. In 2018, the ScreenX technology proved its worth at the worldwide box-office, with the successful panoramic release of Marvel Studios' Black Panther. This year, ScreenX has achieved even more box office success, with several hit films including Top Gun: Maverick, one of the highest-grossing films ever released. Today there are an estimated 364 ScreenX screens in 37 countries around the world, and more are being installed every month. I recently spoke with Paul Kim who supervises the teams who, working with the studios and other filmmakers, create the panoramic content that audiences are increasingly growing to love. Here is our conversation.

Digital Cinema Report: How early in a film’s production does ScreenX get involved? 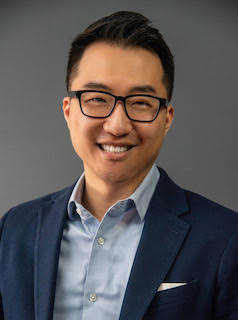 Paul Kim: Our timeline varies depending on the film, but regularly, we begin working 8-12 weeks prior to a release. We’re grateful to work hand in hand with directors and the studio’s production team to develop our ScreenX content.

DCR: Who initiates that conversation? The studio? The producer or director? ScreenX?

PK: For Hollywood studio films, the conversation is mostly initiated by our ScreenX team. ScreenX reaches out and collaborates with the studio to have the director, producer and talent get involved in the project. For some global markets such as Korea, filmmakers reach out directly to ensure their films are released in the ScreenX format as well.  The difference is that ScreenX has been developing films, building a presence and has been a well-known brand for much longer in Korea than Hollywood.

DCR: How many films are considered by ScreenX each year for conversion and how many are made?

DCR: What specific challenges, if any, do 3D movies pose?

PK: 3D movies do not pose any challenges to the format. In fact, ScreenX is compatible with a 3D release. Through our past film releases, we’ve learned that both exhibition and moviegoers are open to experience a 3D feature with our 2D ScreenX enhanced imagery, or what we call our wing content, projected on the left and right side of the auditorium. A good example of this is in China. The 3D format is still prevalent in the market and many of our films are released in 3D with 2D ScreenX enhanced imagery, which still add an extra layer of dimensional depth to the experience 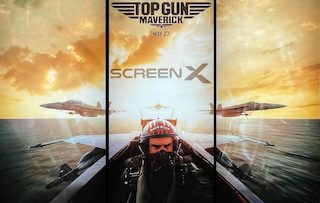 PK: Up to now, we have not had to deal with this issue as most of our film releases are in 24fps. Our ScreenX projectors are not yet compatible with HFR.

DCR: Who at ScreenX is leading the effort to create content for the format?

PK: It’s a collaborative effort with our talented production team and studio relations team here in Los Angeles and in Korea.

DCR: Once the decision is made to work on a specific film, how long does the process take?

PK: Eight to twelve weeks are generally required to produce a product that matches our standards for an optimum presentation experience. 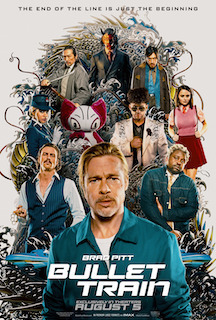 DCR: How many ScreenX people work on any given film?

PK: Typically, there are one or two producers on each title. Between the US and Korea, the two teams work together to organize quality checks, deals, and overall production. We have an extremely talented in-house creative team we are continuing to expand as well as a pool of creative productions specialists.

DCR: Where is the actual work done? At the studio? At ScreenX? Some combination of the two?

PK: All the work for each release is done at ScreenX in Seoul, Korea

DCR: I would imagine that now that ScreenX has an established track record of success, more studios and directors are considering working with you. Is that the case?

PK: Yes, we’re thrilled to be expanding our footprint and have a growing roster of filmmakers that follow and enjoy our format. The success of Top Gun: Maverick in ScreenX has been fantastic and Joe Kosinski, director of Top Gun: Maverick, was amazing to work with throughout the creative process. Other major Hollywood Studios, such as Disney, Warner Bros. Discovery, and Sony have been incredibly supportive of the format in recent years, bringing key tentpole film releases to ScreenX.

DCR: If you can discuss it, what movies are in the pipeline for the remainder of 2022?

PK: With Thor: Love and Thunder now in the market, our next and final summer blockbuster release will be Bullet Train. Beyond Bullet Train, we’ll be releasing key tentpole films that will continue the success we’ve built with recent releases, such as, Doctor Strange in The Multiverse of Madness, Top Gun: Maverick, and Elvis.