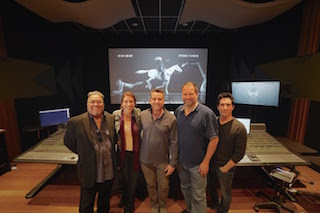 Westworld, which just completed its first season on HBO, is a dark odyssey about the dawn of artificial consciousness and the evolution of sin. The show’s sound team plays a significant role in conjuring up its unique worlds. Rogers and Weber were tasked with building soundtracks that include, on the one hand, steam locomotives, horses and gunfights, and, on the other, a vast industrial complex where engineers tinker with robots. Rogers and Weber previously collaborated with Westworld co-creator and executive producer Jonathan Nolan on the series Person of Interest.