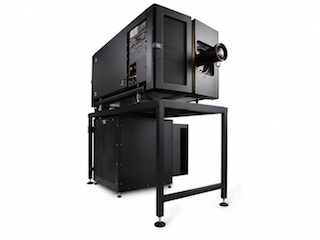 CinemaCity and Prime Cinemas, part of the World Media Holding group, will install seven of Barco’s laser projectors in their flagship cinemas, to open early 2016 in the Mall of Qatar in Doha, Qatar and Abdali Mall in Amman, Jordan, respectively. Barco will provide the cinema exhibitors with a total of twenty-six more Alchemy digital cinema projectors later this year.

While Prime Cinemas is the largest cinema chain in Jordan, CinemaCity operates theaters in Dubai and Lebanon. Both share a commitment to provide superior movie and entertainment experiences.

CEO of World Media Holding, Hammad Atassi said, “From a luxurious foyer and lobby, easy access and great food through to super comfortable chairs and the latest visual and audio technologies: everything about our cinemas is designed for the enjoyment of our guests.”

CinemaCity will equip its nineteen-screen cinema at the Mall of Qatar with one Barco DP4K-30L and four of Barco’s DP4K-22L laser flagship projectors. Prime Cinemas, for its part, will introduce two DP4K-30L laser projectors in its eleven-screen cinema complex in Jordan. Launched just last April as part of a laser family of four models, the 22L and the 30L laser-illuminated projectors provide the perfect projection solution for medium-sized screens.

“As we’re really dedicated to creating an amazing movie experience, we decided to take the next step in projection and install Barco’s laser-illuminated solution in selected theaters. The brightness and image quality is unbelievable,” said Atassi. Besides the laser projectors, Barco will deliver 24 more Alchemy-based projectors to CinemaCity and Prime Cinemas.

“The shopping malls that will soon open in Qatar and Jordan will mark a new era in retail and entertainment standards,” said Wim Buyens, Barco’s head of entertainment. “It’s just fantastic that our laser-illuminated projectors will help the trendsetting CinemaCity and Prime Cinemas to deliver a cinema experience that has not been seen in the Middle East before. Laser-illuminated projection is simply indispensable for cinema exhibitors who want to take the movie experience to the next level.”