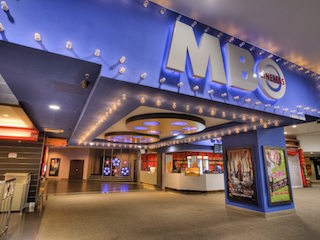 “MBO Cinemas believes in bringing audiences the latest in cinema technology, and this marks a significant milestone for MBO Cinemas as we continue to offer revolutionary systems and creative programs to ensure the most epic movie experiences,” said Mariam El Bacha, director of operations, MBO Cinemas. “Dolby has been a trusted name in the industry for many years, and we look forward to bringing the Dolby Atmos experience to audiences in more MBO Cinemas locations.”

“Dolby is committed to driving playback innovations forward to ensure that cinemas can provide a high-quality experience to their audiences,” said Jed Harmsen, senior director, cinema products, Dolby Laboratories. “We look forward to working with MBO Cinemas in offering spectacular moviegoing experiences to their patrons in Malaysia. With Dolby Atmos, audiences no longer passively watch a movie, they are immersed in it, and we are confident that moviegoers will go back again and again for the extraordinary experience that only Dolby Atmos can deliver.”

The Dolby ShowVault/IMB is one of the most widely deployed products in the cinema industry. Its reliability and enriched feature set continue to make it a much sought-after solution. Dolby ShowVault/IMB includes all hardware and software features of the digital cinema package with numerous advanced features, such as dual 3G HD-SDI inputs, HDMI 3D input with HDCP, 4K playback support, and scaling capabilities to 2K or 4K resolutions. The Dolby ShowVault is a dedicated storage server capable of playing back 2D, 3D, and high-frame-rate DCI-compliant DCPs, and it has been specifically developed to interface with the Dolby IMB.

The Dolby Digital Cinema Processor CP750 provides easy-to-operate audio control in digital cinema environments while integrating seamlessly with existing technologies. The Dolby CP750 supports 5.1 as well as Dolby Surround 7.1 premium surround sound, and it will receive and process audio from multiple digital audio sources, including digital cinema servers, preshow servers, and alternative content sources. The Dolby CP750 is ready for use by a network operations center and can be monitored and controlled from anywhere on the network for status and functions.