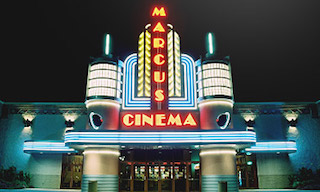 CJ 4DPlex has entered into an agreement with Marcus Theatres, the fifth-largest theatre chain in the United States, to bring 4DX technology to the Chicago market for the first time. After having its U.S. debut in Los Angeles last year, and announcing plans to be available in two New York theatres later this year, this new relationship paves the way for the immersive five-sense cinematic experience to its third U.S. market.

The first 4DX location in the Chicago area will be Marcus Gurnee Cinema. It is expected to begin construction shortly, to open in November.

“We have seen incredible success in the U.S. thus far, beginning with the premiere of 4DX in Los Angeles just over a year ago. With this agreement, our immersive cinema technology will be in three of the top four U.S. cinema markets by the end of the year, and we see this momentum continuing into 2016,” said Mark W. Shaw, CEO of CJ 4DPlex America.  “Marcus Theatres is an ideal partner as we look to expand into new locations, and we can’t wait for fans in the Windy City to experience movies in a unique, new way later this year.”

The 4DX technology from CJ 4DPlex enhances the on-screen visuals of action-packed blockbusters, stimulating all five senses through special effects such as motion, wind, fog, rain, lighting, vibrations and scents, to enable a completely immersive event that transcends the traditional cinema experience.

“It is important that we continue to bring options to guests that help create the ultimate movie-going experience,” said Rolando Rodriguez, president and chief executive officer of Marcus Theatres. “We have invested in a wide variety of amenities across many of our theatres, including seating, food and beverage options and premium large format screens. Now we are excited to bring another unique, experiential offering to guests at Gurnee Cinema through 4DX.”

Since debuting with a 4D screening of Avatar in 2010, there are now more than 26,000 4DX seats operating in 187 theatres in 34 countries – opening approximately one new screen every two weeks as theatres recognize the power of being able to offer a wider range of formats and experiences to moviegoers. To date 4DX has been introduced around the world in such countries as Brazil, Bulgaria, Chile, China, Colombia, Croatia, Czech Republic, Guatemala, Hungary, Hong Kong, Israel, Japan, Korea,Mexico, Peru, Poland, Russia, Switzerland, Taiwan, Ukraine, the United Arab Emirates, the United Kingdom and Venezuela, among others.

A sampling of blockbuster movies that have recently screened in 4DX theatres range from Transformers: Age of Extinction, Furious 7 and Avengers: Age of Ultron, to Jurassic World, Dawn of the Planet of the Apes and San Andreas.