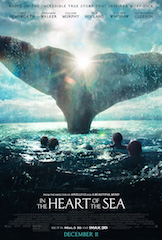 Marcus Theatres, the fifth-largest theatre chain in the United States, has opened the Midwest’s first 4DX location at the Gurnee Mills Cinema in Gurnee, Illinois. The first movie to take full advantage of the 4DX technology will be Ron Howard’s In the Heart of the Sea, December 11, which will enable moviegoers to experience the story of Moby Dick with 4DX special effects, including motion, vibration, water, wind, lighting and scents.

Gurnee Mills Cinema is the second 4DX location in the U.S.

The Hunger Games: Mockingjay – Part 2 was the first movie to screen at the new cinema. The new auditorium’s first weekend in operation resulted in an attendance rate of more than 50 percent, despite heavy snowfall in the area.

“4DX continues to add theatres in several countries around the world, with more than 10 million moviegoers experiencing this technology in 2015 thus far, and the United States is an integral part of our expansion plans,” said Mark W. Shaw, CEO of CJ 4DPplex America. “Marcus Theatres has been a wonderful partner and, with this opening, its Gurnee Mills Cinema will be among the most innovative theatres in the Midwest.”

“As Marcus Theatres continues to enhance the moviegoing experience with new comforts and conveniences across its circuit, we are thrilled to host the Midwest’s first 4DX auditorium,” said Rolando Rodriguez, president and CEO of Marcus Theatres. “As one of many exciting renovations planned for Gurnee Mills Cinema, the 4DX experience will play a great role in making this theatre a premiere entertainment destination for Chicagoland and beyond.”