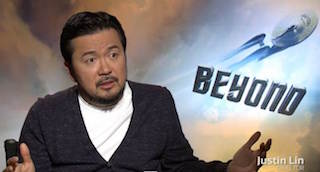 Dolby has released an exclusive video about the making of Star Trek Beyond, which features director Justin Lin, actor/writer and Simon Pegg, and actress Zoe Saldana, who plays Lieutenant Uhura. Lin is known for his work on the Fast & Furious series.

Directing one of Hollywood’s biggest franchise films is no easy task with so many pieces that had to come together – including sound design – to make the action-packed film resonate with audiences. Lin was well aware of the challenge.

“The Enterprise is more than just a ship,” he said. “It’s a vessel that basically has bonded us and all of these characters for 50 years. Sonically, as we design a shot, as we design a scene, it [sound] is not just about levels and stuff. It was about feeling. It’s emotional. With Dolby, we have more tools available to us than ever. As a filmmaker, the aesthetic has evolved to be able to build these moments.”

Star Trek Beyond’s debut earned $59.6 million and a sequel is on the horizon.