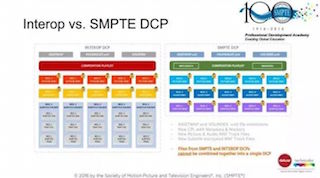 Despite the fact that the industry adopted an internationally ratified SMPTE DCP standard nearly a decade ago, there remains widespread confusion and disagreement about what constitutes a universally accepted digital cinema package. If that sentence makes no sense to you, you’re not alone. For months the European Digital Cinema Forum with sponsorship from the International Union of Cinemas has been developing a web portal to address this problem. Their mission statement is, “To act as an informational resource for the industry on the SMPTE DCP and its operational use, and to provide a point of reference of on-boarding for those individuals/organizations willing to aid in the transitional process on a territory by territory basis.”

For anyone who is unfamiliar with these terms, the digital cinema format is a file-based framework that allows high-quality versions of motion pictures, called compositions, to be efficiently represented and played back on digital playback servers and projectors. The delivery of these compositions is packaged into what is known worldwide as a digital cinema package or its more common acronym, DCP.

The DCP, its assets and their corresponding video/audio/text based data sources are governed by a suite of Society of Motion Picture and Television Engineers (SMPTE) standards, which regulate the constrained application specific implementation of said assets, which compose the package.

The SMPTE DCP is built upon the Interop DCP but with further enhancements and explicitly defined constraints. The specification is published as a formal suite of standards by SMPTE under the 21DC Technology Committee.

I recently spoke with Jack Watts of the European Digital Cinema Forum to discuss the issue.

Digital Cinema Report: How close are we to an internationally accepted standard for digital cinema packages? 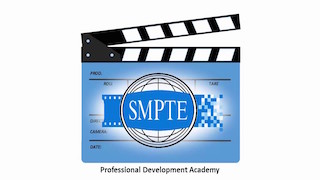 Jack Watts: Ironically, we’ve had the SMPTE DCP as an internationally accepted standard since 2010. A standard which offers greater reliance, security and flexibility for new and emerging technologies, which can leverage the SMPTE DCP as a solid foundation for interoperability.

DCR: And, yet, despite that, there is still a lot of confusion surrounding the SMPTE DCP standard.

JW: There is. The Inter-Society Digital Cinema Forum categorized it. Simply put, SMPTE A, B, C, D etc. are varying applications of the SMPTE DCP. To which there is an increased utilization of the features and composition structure, which the format can support. The sub-profiles e.g Bv2.0, Bv2.1 are just the manner in which the features above are applied as a subset of B.

For example, SMPTE A is also referred to as a base CPL, i.e. no Metadata whatsoever. It is the simplest form of a SMPTE DCP. SMPTE B see’s the introduction of Metadata to the CPL and the underlying track files, with 2.0 = descriptive metadata in the CPL, 2.1 = descriptive metadata in the CPL along with essence descriptor metadata pertaining to Multi-Channel Audio (MCA) descriptors in the audio MXF track files.

This categorization was then redacted to mitigate against some unintentional confusion within the industry, especially, among distributors. As such SMPTE Bv2.1 is the current usage and how we are distributing to all approved territories. So, when you hear SMPTE DCP, we are referring to this profile.

DCR: What can individuals and companies do to advance that acceptance? 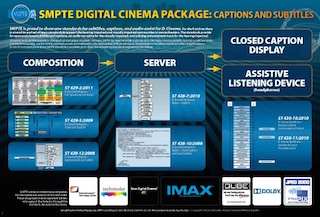 JW: Education is vital along with correct representation of information pertaining to distribution and installation of digital cinema playback equipment. The key individuals would be the integrators advising exhibitors on the correct digital cinema equipment to install as well as the manufacturers implementing support for the standard in both the mastering tools and playback devices.

DCR: What, if any, major hurdles remain?

JW: There is still a lot of bad press surrounding the advancement to the format with some of entities citing “Hollywood is forcing them to close down” as the cost to upgrade is simply too expensive. This is not the case. It’s just the nature of the cinema business and the technology that services it, in that, it has evolved. Software updates are going to be a consistent and ever important part of the exhibition supply chain. It’s how we make things better. The exhibition market will need to factor this into their expenditure forecast. Something I admit will not be an easy feat as it’s proving difficult to govern a digital business model with analog rules.

This ties into one of the major hurdles which is that some people refuse to upgrade, be it down to the cost, legacy virtual print fee agreements or small mindedness in that Interop simply just works’ and they don’t want to tamper with it. Again, coming back to the education piece, everyone wants things bigger, better, faster. They want support for High Dynamic Range Imagery (HDR), High Frame Rate (HFR), Immersive Audio (IA) all of which require the SMPTE DCP format.

There can also be politics amongst the plethora of organizations and bodies that govern the distribution and exhibition market, a heavily fragmented market in the case of some countries. Simply put, the goal is to achieve total transformation to the SMPTE DCP format. Something that won’t be achieved unless people and organizations work together. The end result will be beneficial to everyone.