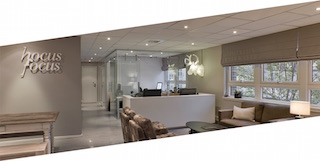 Hocus Focus has been described as one of the industry's most creative and dynamic boutique post houses. Attracting international and local high-profile clientele, it is an inspiring example of how a small organization can punch above its weight, win business and make money. Equipped with the latest SGO Mistika technology and creative expertise, the company offers competitive services and facilities for every stage of the production process delivering stunning results across commercials, film and television drama and documentaries.

Well-established for more than a decade, Hocus Focus is a leading state-of-the-art post-production house located in the heart of Oslo. With stunning premises, the company hosts comfortable stylish suites for offline, online, VFX, grading, S3D, DCP right through to sound design. An additional executive VIP Mistika grading suite is also available, suitable for larger projects, and is situated just outside of Oslo in a tranquil setting in Karljohansvern, complete with ocean view and meeting rooms.

“Our clients are keen to embrace new technologies for image capture and SGO is always on the ball to make sure Mistika can work with these as soon as possible,” said Haavard Albertsen, senior Mistika grading/VFX artist, Hocus Focus.

Last year was another successful year at Hocus Focus with more business including drama production projects in addition to their stunning commercial film work. The company has just been involved in the post-production of four feature films, three for national release in Norway and one for international distribution. Mistika was used for the VFX and color grading of all four motion pictures with another two scheduled for post later this year.

Hocus Focus also recently worked on a commercial for the brand Pal Zileri for the US market. Other projects include commercials for Mitsubishi, The Clio Awards, McDonald's, PlayStation, TV Norge as well as the color grading on feature films titled El Classico, Wendy Effekten, Elevator, The ABCs of Death, as well as TV series such as Helt Perfekt Season 1-5, Kongsvig, Tingenes Tilstand, short films Berserk and Monument among many others.

Director Michael Pfleghar, a key Hocus Focus client said, “As a director I calculate how I do a scene based on the possibilities of post-production. I was introduced to the Mistika system by Haavard Albertsen. The treatments I write are also based on my experience and knowledge working with the Mistika operators at Hocus Focus. What you can do with the system is endless as long as you have the creativity and experience to make your visions come true. I always feel safe working with this system and the quality of the end result, makes it hard to tell – even for the trained eye, if it’s a real shot on film or worked on by Mistika. Having a great system also needs great operators to run it. The crew at Hocus Focus are extremely skilled and talented. What they do is a work-of-art.”

Hocus Focus managing director Lene Cathrine Albertsen said, “Our philosophy has always been to enhance the client's vision and add extra magic into the final product. Since the very start of the company, we have used Mistika as our main tool for color grading, visual effects, compositing and DCP mastering. Having four Mistika systems set-up in one building, and one in Karljohansvern, enables multiple rooms to be used on one project. A client-attended grade can be happening in one suite while another suite can be used to create titles, VFX or additional roto-scoping tasks for effects or color grading at the same time.  We also embrace the flexibility of Mistika and its incredible ability to create scripts to perform tasks specific to our or our clients' needs.” 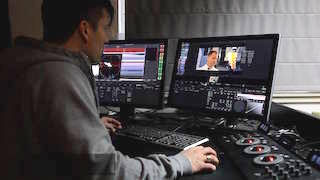 Hocus Focus is made up of an exceptional team of talented people, including Albertsen who is one of the most experienced Mistika artists in the world. Albertsen thinks and breathes images around the clock and is deeply passionate about his work. He is one of the market's leading Mistika operators, with a wealth of knowledge accumulated over more than 15 years in the media sector. Today, Hocus Focus has four Mistika suites with operators that have all been trained by Albertsen, with new interns currently in training to be future Mistika experts themselves.

Albertsen said, "As a creative tool, Mistika has always been at the center of the Hocus Focus workflow. The quality and power of both VFX tools, combined with next-generation color grading, makes Mistika the most powerful platform in the business. It gives you an unlimited way of solving your problems within one system. There is no need for export/import into the room next door. It’s a magic box which gives me the ability to have a lot of tricks up my sleeve.”

Albertsen said,  “Our clients are keen to embrace new technologies for image capture and SGO is always on the ball to make sure Mistika can work with these as soon as possible. We also support, where relevant, the use of S3D in various productions in Norway, as we have the confidence in Mistika's capabilities in all formats and resolutions, so there is nothing we cannot do for our clients. The Mistika platform has always been an extremely reliable and powerful resource for the high quality of work required to meet client demand.”

Bengt Ove Sannes, who has been the senior Mistika operator/VFX/technical manager at Hocus Focus for the past ten years, and is still working with the company on a consulting basis as a technical advisor said, “The openness of Mistika and its Linux platform makes it easy to connect to other tools and systems. This means Hocus Focus can optimize both acquisition and mastering tasks, both to save time and avoid human errors. As a long time Mistika user, I'm really spoiled when it comes to speed. The timeline approach to nodes means effects and elements can be moved around quickly, and the extreme performance makes “in-session-rendering” a thing of the past.”

Producer Ole-Arild Svendsen said, “Hocus Focus is such a fun and busy company to be a part of, approachable, inviting and also highly professional and fully focused on client's needs.  We are fortunate to have award-winning senior editors in-house to ensure a solid and attentive Mistika experience. As a post-production producer I am always confident that our operators are up for the task equipped with the Mistika system.”

Svendsen concluded, “Real-time performance equals real-time productivity. As one of the most powerful high-end compositing tools in the industry, visual effects, compositing and online, as well as color grading are all performed equally well on the Mistika 4K platforms here. And with all our Mistika suites working together on the same SAN, it certainly makes my job easier with managing clients. Mistika's advanced color grading is unique in the way it fully accesses all compositing and effect layers and can be performed both in the grading cinema on screen, as well as on our television screens, giving us that extra flexibility."