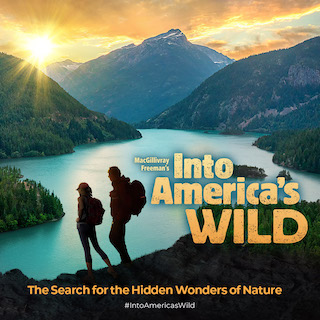 MacGillivray Freeman Films has announced a partnership with MetaMedia to bring educational films to conventional commercial theatres and drive-ins across the U.S. and Canada for educational and group screenings. A number of MacGillivray Freeman’s films will be shown at theatres throughout North America, including Into America’s Wild, America’s Musical Journey and Great Bear Rainforest, among others.

The partnership will expand the reach of these films beyond the markets where the films play exclusively in museum-based giant screen theatres. All the included films will be available together packaged with marketing materials and specially developed educator lesson plans.

“In an effort to meet the growing demand for educational screenings and field trips in non-traditional places, we’re excited to partner with MetaMedia to offer opportunities for school groups and other educators to experience our educational films,” said Shaun MacGillivray, producer, and president of MacGillivray Freeman Films. “Our films provide powerful, inspiring learning experiences that can be offered to schools and families across the country, potentially reaching thousands of students and young people.”

“We’re proud to partner with MacGillivray Freeman Films to bring selections from their impressive catalog of educational content to our exhibitor partners throughout the U.S. and Canada,” said Chuck Goldwater, MetaMedia president, North America. “We designed our platform to provide more opportunities for exhibitors to expand and increase their audiences through a diverse collection of programming. Along with feature films and other alternative content, educational content is a vital and timely addition to our overall event cinema programming.”

MetaMedia will distribute the films to conventional commercial theatres, drive-ins, and other theatrical venues.