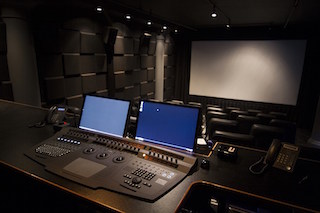 Post house Light Iron has appointed Rick Anthony to the newly created role of general manager in its New York facility. The addition comes after Light Iron added a second floor in 2016 to triple its inventory of editorial suites.

“Our New York facility has grown significantly each year since opening in 2013,” said Josh Haynie, the company’s vice president of U.S. operations. “Rick brings a wealth of experience in facility management, customer service and client relationships, which will enable us to continue to offer best-in-class service in the years ahead.”

Anthony previously held general manager roles at Pac Lab and New York Lab/Postworks/Moving Images, overseeing teams from lab through digital workflows. He began his career at New York’s seminal film lab, DuArt, where he was a technical supervisor for many years.

Anthony cited several reasons for joining Light Iron: “From being at the forefront of color science and workflow, to having an exceptional team of talent and technicians, to providing bi-coastal client support, this is a unique opportunity. Working together with Panavision, I look forward to serving the dailies, editorial, and finishing needs of any production, be it feature, episodic or commercial.”