Life After Death From Above 1979 Released Theatrically Via Tugg 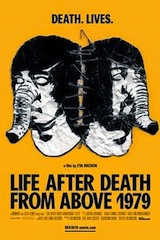 Life After Death From Above 1979, director Eva Michon’s documentary about the Canadian punk/dance duo, is now available for theatrical screening through the web-based distribution platform Tugg. The film can also be streamed or downloaded via Vimeo On Demand, iTunes, Amazon Prime, Google Play and ReelHouse.

Michon, represented for commercial projects through Los Angeles-based Accomplice Media, has drawn critical and popular raves for the film. The young director, who began working with Death From Above 1979 as a photographer while still a teenager, explores the unique musical bound shared by band founders Jesse F. Keeler and Sebastien Grainger. It traces the band’s history from its origins on Toronto’s East End and rapid rise to cult stardom through its acrimonious break-up after releasing just one album.

DFA1979’s subsequent reunion for a performance at the 2011 Coachella Valley Music Festival serves as a focal point for the film. 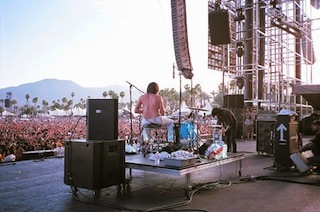 The release of the film coincides with the appearance of a new Death From Above 1979 album, The Physical World, the group’s first in ten years, and an international tour. “A lot of fans may be expecting gossip about the break-up, but it’s more about what they band experienced over the course of their reunion,” Michon says of the film. “It’s offers a fly-on-the-wall perspective as they go through the process of relearning their songs and preparing for their show in Coachella.”

The film includes a mix of concert footage, behind-the-scenes material and interviews, the latter with Keeler and Grainger, as well as with members of Justice, the Strokes and YeahYeah Yeahs.

Michon also mixes in a sampling of “found footage,” including material shot by fans during DFA1979’s surprise performance at South by Southwest where a riot broke out. “A filmmaker doesn’t need to film everything, because, today, everything is being filmed all the time,” Michon notes. “A lot of the riot footage is pulled from YouTube clips.”

Michon began her career in Canada directing music videos, including projects for Grainger and Owet Pallett of Arcade File. She has also directed fashion films for such brands as Calla, Pink Tartan, Ten Over Six and Rita Liefhebber. She relocated to Los Angeles in 2011 and joined Accomplice Media in 2014.

Life After A Death From Above 1979 has screened at a number of film festivals and theatrically in New York, Montreal, Washington DC and elsewhere. Theater-on-demand screenings can be booked through the Tugg website.