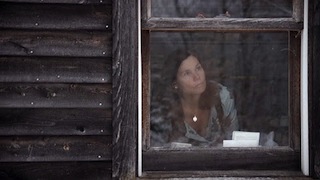 Even on the shortest day of the year, the owners of Ford hybrid and electric cars are able to draw enough energy from the sun to power their vehicles according to an uplifting new ad for the automaker. Directed by Original’s David Wild for Team Detroit, Happy Solstice profiles three real-life people—an engineer from Michigan, a public relations executive from New York and an author from Vermont—who charge their Ford plug-in hybrid vehicles using home-based solar energy systems. Wild calls it “leaving a higher wood pile than they found.”

Each is seen preparing to go out for a drive on the day of the winter solstice. The voiceover, delivered by a child, explains that, while some people may call it “the darkest day of the year,” for these three people “it’s not that dark at all.”

The cinematography of the rural landscapes is beautiful and Wild’s storytelling is first rate. He captures the personalities of the three Ford owners through idiosyncratic details—the fussy way the woman in Vermont brews a pot of tea, a homey calendar that hangs on the wall of the engineer’s kitchen.

“They are pioneers in a way, and they were all very passionate about their cars and solar power,” recalls Wild. “It was completely fascinating.”

Wild shot the spot over the course of six days, spending a day interviewing each subject in his or her home, and a day shooting them as they went about their daily routines.

“I spent a lot of time listening to them and gaining their trust,” he says. “I revisited them a few days later with a small crew. That gave them time to collect their thoughts and remember things they forgot to tell me…and I could figure out what we needed to elaborate.” 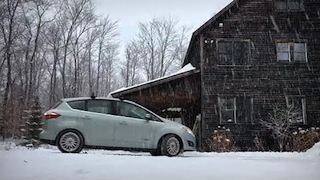 Wild shot enough material for three short films about the Ford owners that will appear on the automaker’s website in coming months.

“Solar energy and electric vehicles are integral parts of these people’s lives,” Wild observes. “They are powering their cars and selling energy back to the power company. They are leaving the woodpile higher than they found it. It’s very exciting.”