Landscape as a Character 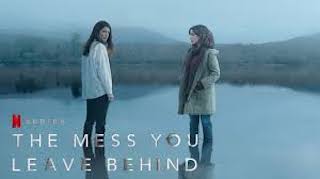 When director Carlos Montero finalized the deal to turn his novel, The Mess You Leave Behind, into an eight-episode mini-series for Netflix, one of the first calls he made was to cinematographer Isaac Vila to ask him to take on the project. Vila, a frequent Cooke lenses user, knew the range of S7/i Full Frame Plus lenses would allow him to achieve a sharp, subtle and smooth rendering to create magical scenery when playing around with the fog, humidity, stone, and contrasts of the scenery the series would have in the background.

The Mess You Leave Behind follows Raquel, a literature teacher who takes a substitute position in a small town in the interior of Galicia. She soon finds out that her predecessor, Elvira, committed suicide. But, as Raquel gets more involved with those who knew Elvira, the truth about her death becomes murkier. A thriller unfolds amidst themes of personal loss, grief and guilt.

In terms of the aesthetics and landscape, Vila praised the choice of the lenses. “The aim was to achieve a consistent smooth and natural image that would help bring the landscape into a life of its own, which immediately inspired the Cooke Look,” he said. “The lenses played a crucial role when transforming the landscape into a character in itself. For example, one of the most iconic shots from the series, that also highlights the role that the lenses played, comes from a scene shot in a natural thermal bath in Ourense. The hot water coming from the mountain and through the stones created a vapor that, combined with the perfect weather conditions and the lenses’ soft edges, created an almost magical and dreamlike scenery, which contribute to the mystery behind the scene.” 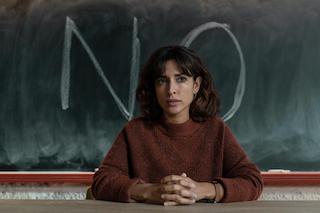 The mini-series has been directed by three directors: Carlos Montero (episodes 1 and 2), Silvia Quer (episodes 3, 4 and 5) and Roger Gual (episodes 6, 7 and 8) and shot by Isaac Vila (episodes 1,2,6,7,8) and David Valldepérez (episodes 3,4 and 5), both cinematographers using the same camera kits.

Vila describes the challenge as being twofold. “On the one hand, the script and cast (featuring Spanish actresses Inma Cuesta and Barbara Lennie) called for close-up shots that would follow the characters throughout,” said Vila. “On the other hand, the whole series would be shot across different locations, including small and narrow buildings in smaller towns, requiring small equipment. To overcome both aspects, we decided to use two sets of cameras to capture the different dialogue shots and then required a small structure on the equipment end to be able to have two cameras fit in the small and intimate shots, turning to the Alexa Mini LF for both kits.”

Shooting in the school was another highlight for Vila.

“Carlos Montero had always imagined the scenes of his novel taking place at his own childhood school although when describing the locations that he wanted, he always opted for more modern looks and insisted his school would not be an option,” he recalled. “However, one day we wondered around the town where he was raised and suggested a visit to his school. The place was beautiful, with marvelous arcades, two beautiful cloisters, an interior garden...it was perfect. I could tell that Carlos had enjoyed the visit and could see the story taking place at his school as it is what he had been imagining. Speaking to art director Carlos Bodelón, we then managed to break into the vintage looks with some modern decorations, creating a contrast that looks perfect on camera.”

The look of the series develops along with the plot, starting as a drama that gradually becomes a thriller.

The Mess You Leave Behind first aired on December 11th and is currently available on Netflix.