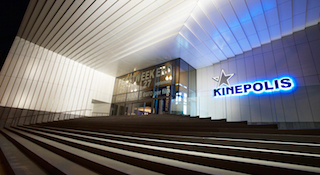 The Kinepolis Group reported on its third quarter financial status last Friday and, despite the ongoing challenges of the global pandemic, CEO Eddy Duquenne remains confident that his company and the cinema business as a whole will survive. “This global crisis is hitting us hard both directly and indirectly,” he said. “On the one hand because of the restrictive measures inside our cinemas and, on the other, because almost all blockbusters have been postponed. I remain positive about the future, as we are seeing that many movie lovers keep coming in spite of everything and feel safe inside the cinema. The fact that the studios are constantly postponing the vast majority of their films until a moment when they can secure their income, proves the importance and value of a cinema release. We are currently in pause mode, but the intermission of this film is lasting longer than foreseen. Fortunately, Kinepolis is in good financial shape.”

Kinepolis restarted its activities in almost all countries at the beginning of the summer after it was forced to close all cinemas in mid-March as a result of the COVID-19 outbreak. All European cinemas were open to the public again on July 1 and most cinemas in Canada were able to reopen during the course of July. The MJR complexes, Kinepolis' cinemas in Michigan in the U.S. remained closed until October 9.

Last week, all Belgian and French cinemas were closed again. Also, the cinema in Granada, Spain and eight Canadian cinemas are currently closed, including in Ontario due to COVID-19 restrictions. 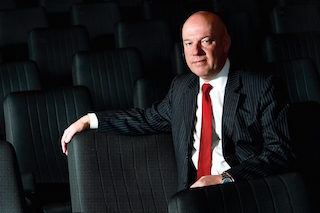 In each country, the operation of the cinemas has been subject to significant, constantly changing capacity restrictions since reopening, as well as other measures to protect the health of staff and visitors. These measures have a direct impact on cinema attendance, in addition to the indirect effect of the global market situation and the associated postponed releases of blockbusters.

The only blockbuster in the third quarter, Tenet, did particularly well, and smaller titles tended to do better than in normal conditions due to the absence of competition. In this context, he said that Kinepolis continues to work on the planned new construction projects and on the further development of innovative ideas, in addition to a constant focus on cost control in order to limit the loss of cash in a controlled manner.

Even in the event of a worldwide closure, the available financial resources are sufficient to meet all of the Group's commitments for 12 months, without additional measures, Duquenne said. Kinepolis received 2.4 million visitors in the third quarter, or a quarter of last year's visitors, due to the impact of the coronavirus measures and the postponement of international blockbusters. At the end of September, available financial resources amounted to € 127.3 million.

Kinepolis welcomed a quarter of the number of visitors in the third quarter (24.1 percent) compared to the same period last year. If we only consider the cinemas that were open throughout the third quarter, they welcomed 26.7 percent of the visitors compared to the same period last year. The visitor trend, at Group level, rose from 16 percent in July to 32 percent in September, which can be attributed to the release of Tenet in late August, the success of some smaller or local productions, and the influence of the weather at the start of the autumn season.

Given the fact that 80 percent of turnover is generated by Hollywood blockbusters, under normal circumstances – which cinemas had to miss out on last quarter – this is a rather encouraging trend. Thanks to Tenet, up to 70 percent of the planned total visitor numbers were realized on certain days, driven by just one film.

Moreover, 86 percent of customers indicated, after their visit, to be satisfied or extremely satisfied with the safety measures applied in the light of the COVID-19 pandemic. In recent weeks, additional measures have been introduced in almost all countries as a result of the increasing spread of the virus, including the closure of the Belgian and French cinemas and a ban on the sale of drinks and snacks in some countries. The evolution of the attendance rate therefore remains uncertain in the short term, despite the favorable influence of the weather during the winter months and a larger number of film releases that have been announced.