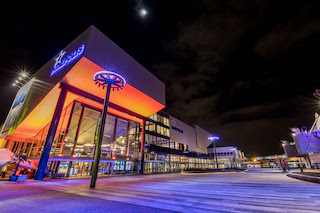 The Kinepolis Group is installing a MediaMation MX4D Theatre in its Leidschendam, Netherlands, location.

The move follows the successful installation of an MX4D Motion EFX Theatre in its Jaarbeurs Utrecht location in 2019.

In total, Kinepolis Group currently operates 108 cinemas worldwide, with a total of 1,097 screens and almost 200,000 seats.

Kinepolis Group NV was formed in 1997 as a result of the merger of two family-run cinema groups and was listed on the stock exchange in 1998. In addition to its cinema business, the Group is also active in film distribution, event organization, screen publicity and property management.