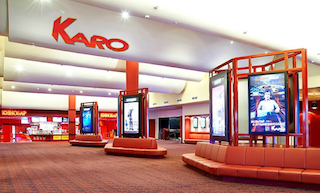 Leading Russian cinema operator Karo will open ten Karo: New Generation locations with developer ADG over the next 10 months, with the first to open on November 15. Another six locations are slated to open by the end of the year. The remaining Karo: New Generation multiplexes will open in Russian regional cities — in collaboration with other real estate partners — beginning in the second quarter of 2022, with further large-scale expansion planned through 2024.

Financing for the expansion was provided by Russia-based lender VTB Bank. According to a release, Karo has “ensured a low debt level since its purchase by its current shareholders in 2012 all, utilizing shareholders initial equity contribution and its own cash flow from operations.”

Karo: New Generation venues include popular products and experiences such as U Choose food and beverage offerings, automated kiosks for all purchases, fully reclined seating and special events programmed through Karo.Art.

Paul Heth, executive chairman and CEO of the Karo Group, said, “We started our previous most successful projects in other periods of economic crisis.  We have been fortunate that Russian moviegoers are passionate about experiencing the work of the world’s greatest and most talented storytellers on our big screens. The global cinema sector is developing rapidly, and we will continue to be a leader and trendsetter. 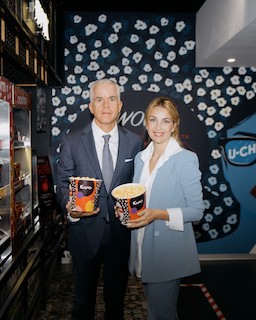 "As the pandemic subsides our guests of all ages will be delighted to enjoy a completely new experience from the wonder and magic of movie going. We are honored that VTB and our partners to include ADG are committed to our vision of the fast-paced expansion of the Russian cinema sector which is now Europe’s number one theatrical market for motion pictures. We are grateful that together we have found a basis of cooperation that will contribute to the opening of completely unique multiplexes that will offer an unrivaled ‘in cinema’ experience for our loyal patrons.”

“Despite the appearance of a crowded market, a large number of cinemas in Russia are outdated, and in the current digital era they are challenged to attract an audience,” added Olga Zinyakova, general director and president, Karo Group. “Our new generation format will attract young people to Karo cinemas who will appreciate the high-level experience, and families for whom the level of comfort is extremely important. The implementation of new generation cinemas will not only increase Karo’s share of both the Moscow and overall film screening market, but positively impact the frequency of admissions to its cinemas, which has already been proven by Karo’s similar and highly successful recent projects, such as Karo Sky 17 and Karo 8 Kashirsky, Moscow and Karo 10 Gallery in Novosibirsk.”

Founded in 1997, Karo boasts 33 theaters and 266 screens in Moscow, the Moscow region, Saint Petersburg, Yekaterinburg, Samara, Kazan, Kaliningrad, Tyumen, and Surgut. According to the company, its cinemas are visited by more than 12 million people every year.