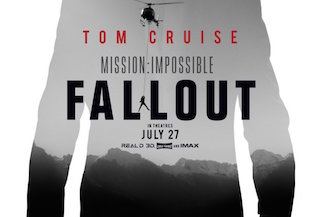 On July 27 Tom Cruise returns for the sixth time as agent Ethan Hunt when Mission Impossible: Fallout opens in theatres around the country. And on that same opening weekend, patrons of Regal Cinemas will receive their free copies of the third installment of Moviebill, the marketing brainchild of Concourse Media principals Andrew Felts and Matthew Shreder.

Moviebill launched earlier this year with the opening of Avengers: Infinity War and was followed by an edition that accompanied the opening of Jurassic World: Fallen Kingdom.

Moviebill is a multi-faceted augmented reality platform driven by the hand-to-hand distribution of its flagship product, a 28-page premium-quality handbill.  Each issue of Moviebill is tailor-made to promote one of the most highly anticipated blockbuster movies of the year. The editions are hand delivered directly to each moviegoer at Regal theatres. Editions are free for ticket holders of the featured movie and will only be available at Regal Cinemas starting on the opening weekend of each movie’s wide release. 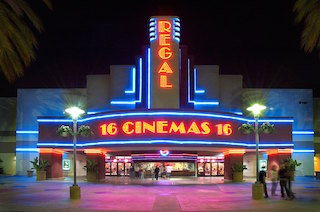 “Moviegoers are still movie lovers after they leave the cinema,” said Felts. ”Moviebill allows our brand partnerships the ability to create a lasting and trackable relationship with this highly coveted audience.”

Designed as a collectible souvenir that is meant to go home with the moviegoer, each edition of Moviebill also features exclusive cover art for the featured movie and each copy is individualized with the local theatre name and copy number.

All of the major film studios are working with Moviebill to provide exclusive augmented reality experiences related to behind-the-scenes features, deleted scenes, games, talent commentary and other special features for the largest and most anticipated movies each year. As a media outlet, Moviebill offers access to fans acting as a direct line of communication between the biggest stars, the most influential directors, and the most creative minds behind the movies we love most.

In addition to studio level content, the Cast section activates content from IMDb, the number one movie website in the world. Scanning an actor’s picture enables readers to move seamlessly from reading Moviebill to completing the experience digitally across a variety of information, trivia, polls and video content.

I recently spoke with Felts and with Ken Thewes, chief marketing officer of Regal Entertainment Group, to learn more about Moviebill.

According to Thewes, prior to making their deal with Moviebill, Regal was looking for ways to enhance its pre-show offerings and was intrigued by the possibilities afforded by augmented reality. Working with Concourse Media seemed to address that need. 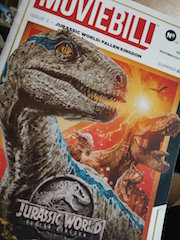 “Our goal in launching Moviebill was to create a new content delivery mechanism,” said Felts. The concept grew out of the observation that opening night movie audiences get to the theatre early and in large numbers.

To date, the first two editions have generated more than four million scans and, thanks to Moviebill, Thewes said, “There are more [Regal-related] mobile app downloads and triple-digital metrics growth, year over year.” He noted that patrons are beginning to understand that, “When they come to a Regal theatre on opening night they get Moviebill.”

Felts said it takes about eight weeks to create a Moviebill edition. Those that incorporate AR take longer. Now that they’ve proven the concept, the studios are very eager to work with them on ways to make each Moviebill a unique experience. In addition, Moviebill is starting to sell advertising and Felts listed cereal and cars as two categories that have shown interest. As an example, he said that Jeep created an innovative advertising campaign with Moviebill to highlight its association with Jurassic Park: Fallen Kingdom.

The Mission Impossible: Fallout edition of Moviebill will include an exclusive behind-the-scenes interview with star Tom Cruise.

Moviebill currently has a one-year exclusive deal with Regal. The two men would not discuss what happens after that agreement expires but expressed satisfaction with how their relationship has developed. It seems likely that the Moviebill-Regal partnership will remain as is for the short term at least. Both men also suggested that the concept seems to work best with big movie releases. As for future plans, Thewes said, “One Moviebill a month feels about right.”