John Was a Good Man 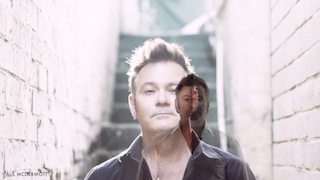 The TEDx Sydney conference on April 26 will feature a breakthrough film by Kate Kazokas and Lucy Adelaide. Titled John Was A Good Man, the short film features actors from across Australia including Jane Caro, Dr Karl, Paul McDermott, Matt Moran, Andrew O’Keefe, Turia Pitt, Jessica Tovey, Urthboy and Fred Nile. Each of the participants tells a short eulogy of their lives to date, using the third person and with video images of themselves being projected onto their own faces to heighten the sense of self-analysis.

“For John Was A Good Man we’ve opened a conversation with renowned creative and industry professionals, challenging them to be honest, lie brutally and get creative,” explained Kazokas, who is the film’s co-creator, director and producer.

In order to create what Kazokas and Adelaide called “a combination of light, shadow and abstraction that defined the German Expressionist movement,” each individual story came to life by blasting full-frame color images onto subjects faces to create the abstraction that they wanted. The film was recorded over three days at Luxe Studios, Darlinghurst, Sydney.

“Using high-brightness video projection also allowed our participants to be confronted with the self as they stepped into the light and were confronted with their own mortality,” added Kazokas. “Their responses were varied – many were humorous, some were absurd. All provided a strong insight into self-reflection.”

The Technical Direction Company served as systems integrator for the event. Michael Hassett, TDC founder and managing director said, “From a technical point of view this was a project that sounded simple but was really quite challenging. There aren’t many video shoots where you are required to mount a projector behind the camera and fire the image directly onto the subject that’s being recorded – yet that is exactly what Kate and Lucy wanted us to do. The result is a truly stunning piece of film-making which we were delighted to facilitate with our technical expertise, high-quality AV technology and attention to detail.”

Between presentations at TEDx Sydney, Kazokas and Adelaide will speak live about the project as part of the TEDx The Studio series. The film’s debut will be especially poignant to TDC, given that the conference is being held at the Sydney Opera House – a venue the company is very familiar with, having supplied architectural projection to fire images onto both sides of the iconic structure as part of last autumn’s Royal Australian Fleet Review Spectacular celebrating 100 years since Australia welcomed their Naval Fleet into Sydney Harbour.

For those not attending TEDx Sydney, the event will be live streamed at TEDxSydney.com/LIVE.