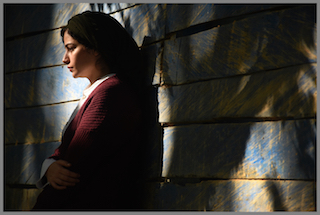 Sometimes the story of how a film was made is almost as compelling as the story the film itself tells. That was certainly the case with There is No Evil, this year’s Golden Bear winner at the 70th annual Berlinale, the 2020 Berlin Film Festival. The film, from Iranian director Mohammed Rasoulof, faced serious and unique challenges getting onto the big screen at a film festival. First, there was the fact that Rasoulof is unable to leave Iran.

Second, government restrictions required that the film had to be shot in episodes with strict authorization for each one. Third, the absence of the film’s director posed a challenge during finishing for Jochen Hinrichs-Stöldt, senior colorist at Optical Art in Hamburg and Berlin, as Rasoulof could not join the finishing sessions. This meant it fell to the cinematographer Ashkan Ashkani to oversee the final grade.

An intensely personal look at moral strength through the lens of Iran’s death penalty, the project is a suite of four standalone films that approach the subject from different directions.

“The first episode starts with a natural look but ends in a shocking climax, which we amplified with the grade,” said Hinrichs-Stöldt. “The second starts in despair but ends happily, and we supported this with a color journey from cold to warmer colors. These warmer tones started the third episode, with the fourth concentrating on the desolation of the characters underlined by desert colors.”

The Berlin Film Festival, more commonly known as the Berlinale, took place February 20 through March 1. It was one of the last film festivals to take place before the pandemic changed everything. The acceptance of There is No Evil for the Berlinale competition meant the time schedule was very tight, and the grade was finished in just 11 days. 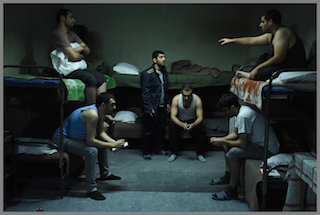 “I needed almost all of the tools provided by Baselight, with particular use of Base Grade and Film Grade, together with shapes, keys and mattes,” said Hinrichs-Stöldt. “There were a lot of composite grades and some very long takes with a huge amount of dynamic changes, so the layer blending in Baselight was essential to ensure consistency. The strip naming was very handy too.”

The film also had a large amount of visual effects work to integrate. Hinrichs-Stöldt said, “Most of the visual effects were made in-house though some were delivered from Iran, so we introduced an EXR workflow for the VFX. We also made the decision to fix some minor problems – like rattling doors or microphones protruding into the frame – within the session.”

Hinrichs-Stöldt began his career as a photographer, also working as a cinematographer, editor and producer before moving into color grading. He has worked on the Baselight system now for twelve years and finished more than 200 national and international movies, so he understands the pressures involved on a project such as this one.

“Thanks to the clear vision of the crew at the grading session, we were able to complete the task within the available time,” said Hinrichs-Stöldt. “And the movie was a joy to grade.”

FilmLight CEO Wolfgang Lempp said, “Directors with a clear idea of the mood they want to create are intuitively drawn towards tools that allow them to be creative without being bogged down in technicalities. It is this creative freedom we have striven for in Baselight, and our congratulations go to everyone behind There is No Evil.”