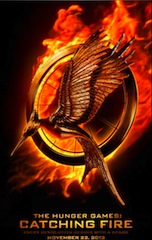 Dolby Laboratories and Cinema 21, the largest cinema chain in Indonesia, announced today that it is the first in Indonesia to install the Dolby Atmos sound platform. The first Dolby Atmos film to be showcased at Cinema XXI EpiCentrum, one of the biggest theatres owned by Cinema 21, will be Lionsgate’s The Hunger Games: Catching Fire, which began screening today.

Cinema XXI EpiCentrum is one of the top destinations for most filmmakers in Indonesia to host their premiere events. It is also one of the more popular venues for film festivals and other important events attended by government officials, including the president of the Republic of Indonesia, H.E. Susilo Bambang Yudhoyono.

“Dolby is honored that Cinema 21 has chosen Dolby Atmos to be deployed in one of their largest premiere theatres. With Dolby Atmos, the audience is no longer just watching a movie; they are experiencing it,” said Leong-Yan Yoong, regional director, South East Asia, Dolby Laboratories. “We are confident that moviegoers will go back again and again for the extraordinary experience that only Dolby Atmos can deliver.”

“Cinema 21 is delighted to be the first exhibitor in Indonesia to introduce the latest groundbreaking audio technology with Dolby Atmos. With the latest in digital projection and an astounding sound system, we look forward to offering our patrons the most epic movie experiences,” said Catherine Keng, corporate secretary, Cinema 21.

In addition to The Hunger Games: Catching Fire, moviegoers around the world can look forward to a slate of upcoming movies in Dolby Atmos:

• Twentieth Century Fox, Dawn of the Planet of the Apes

• Warner Bros., The Hobbit: The Desolation of Smaug