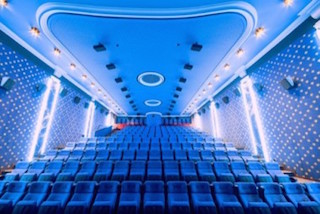 Cinema immersive sound is upside down. Technology providers invest in intellectual property for immersive sound rendering engines, but they compete on the availability of content. Trading on content has been counterproductive to growth, contributing to a lackluster immersive sound installation count that is less than two percent of worldwide screens. Immersive sound has more moving parts to address than distribution, but the industry is fixated on a design from scratch, do-everything, distribution standard that’s two and a half years in the making and at least as many years from finding its way into cinemas. A deeper look shows that the key friction point of production for competing systems has been addressed. It’s time to put immersive sound right side up and grow the format.

It helps to understand the nuts and bolts. Immersive sound uses many speakers above and about the audience, which in turn requires a lot more audio channels than does ordinary surround sound. In practice, the number of channels needed to create an immersive experience in a large room can be overkill for a small room. Tailoring mixes to rooms is not economic, so a technology is needed to customize the mix at the site. One way to do that is by accompanying sound objects with metadata. The metadata instructs an auditorium-based rendering engine – a local mixer if you will – of the spatial position and sonic characteristics that determine how the sound is intended to be heard. This is how object-based sound works: an audio distribution technique that effectively moves part of the sound mixer’s mixing console into the cinema. It requires a different style of mixing than channel-based surround sound, with dependencies on the nature of the rendering engine and speaker layout. 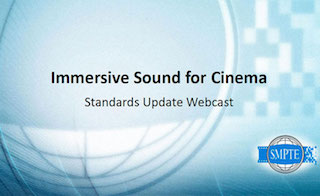 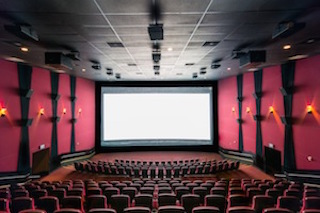 Obviously, if the sonic behavior of competing rendering engines is identical, then it’s easier to support a competitive market with mixes. But achieving identical behavior won’t come naturally.  Competitors do not agree on a reference-rendering engine against which to compare, nor do they share objectives. Only one company, DTS, recognizes that shared performance is more valuable than proprietary technology, offering a royalty-free license in the cinema market for its renderer with no branding restrictions. If the rendering technology is not to be shared, then the industry would benefit from some means of validating common performance. In a paper presented at the SMPTE conference last Fall, Barco proposed a test methodology for evaluating competitive renderers, and raised the important subject of common test materials. But no one is standing up to pay for a new compliance test.

Then there is the standards work underway. It should be apparent by now that a common distribution format would be handy, but not essential, in creating a competitive market for immersive sound. The devil in developing a common distribution format is in the details. Making decisions within a company is a lot easier than asking competing companies to agree. Object-based sound incorporates many complex concepts that can be diced and sliced in multiple ways.  No one way is more right than another, but asking a company to throw away substantial existing work is rarely productive. Even among active participants, it’s clear that a lot more work remains before a standard can be published.

The question not often asked is who is this standard for? Publishing a standards document is only the first step of many. To use it, mixing tools need to be modified and upgraded. Rendering engines re-engineered. Packaging tools created. Then there’s the step of validating competing rendering engines in response to a common distribution. This is a long list that could take years to accomplish, and it won’t come for free. In the meantime, technology providers are driven to generate revenue. As competing companies roll out technology today, who will pay to convert these installations to a standard several years from now? The industry should know better.  Cinema standards and manufacturer-paid updates had their day when studios were subsidizing the digital rollout with guarantees amounting to billions of dollars. That party is over. Just ask the people bringing you SMPTE DCP.

Cinema seeks to give audiences an experience that goes beyond what can easily be obtained in the home. Immersive sound is a valuable tool in that kit. But waiting for a standard before deployment is not the answer. Technology providers have worked hard to overcome the production issues and enable the experience over a wide footprint. To put immersive sound right side up, the industry only needs to embrace it. No waiting required.