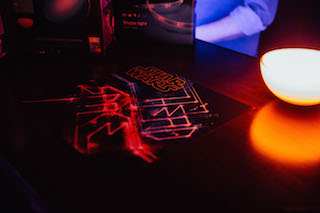 In a collaboration with Disney Music Group, Philips Lighting launched LightVibes in the U.S. at the Downtown Independent Theater in Los Angeles on February 16. An audience of music and film industry professionals and artists experienced the immersive light technology along with music video footage from the Star Wars Headspace album, an inspired-by compilation by some of the top and emerging electronic music artists, featuring tracks that integrate sound effects and dialogue from the Star Wars films.

The Rick Rubin-produced album includes original tracks by Kascade, TroyBoi, GTA, Flying Lotus and A-Trak, among others. Star Wars Headspace was released digitally on February 19, and will be available on CD March 18.

“Philips LightVibes creates truly immersive entertainment for audiences of all kinds,” said Amy Huntington, president of Philips Lighting Americas. “We believe technologies like this signal the future of entertainment experiences, and we are excited to see this innovative lighting  experience being implemented in the U.S. in conjunction with the release of Disney Music’s Star Wars Headspace, an innovative blend of visual media and music.” 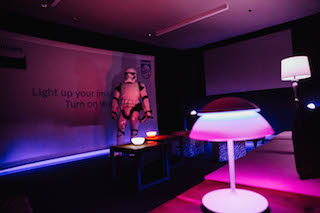 By augmenting and intensifying the movie-going experience, Philips LightVibes enables theaters like the Downtown Independent to create new opportunities and drive excitement, thereby attracting broader audiences without a major investment or renovation disruption. Philips LightVibes can help theaters access new revenue streams and make better use of their assets, for example the ability to tap into the projected $1 billion market for alternative content by 2018.

James Kirst, the founder and executive director of Los Angeles's Downtown Independent Theater said, “With Philips LightVibes we are able to strenghten our position as a resource for exploration and innovation, finding new ways to develop motion-pictures as a major form of art, expression and experience. We are excited to add LightVibes to our set of cinematographic tools.”