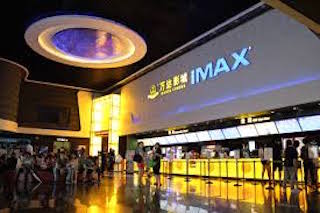 IMAX today expanded its longstanding partnership with Wanda Cinema in China by signing a 20-theatre agreement. Under the deal, Wanda will upgrade to IMAX with Laser technology at ten of its top-grossing IMAX locations and install ten IMAX systems at new locations throughout the country.

"Through the past few years, Wanda Film has been continuing to introduce and promote high-quality projection technology in the market. We are committed to presenting the ultimate movie experience for moviegoers," Liu Xiaobin, executive president of Wanda Film said. "IMAX will be critical in welcoming audiences back to theaters and offering the best possible cinematic experience well into future, as we continue to grow our long, successful partnership."

"IMAX is proud to be part of the premium offering that has made Wanda one of the most successful and beloved cinemas across China," said IMAX China CEO Edwin Tan. "With this agreement, Wanda Film is further cementing its confidence in IMAX as the flagship offering for its top locations and a key partner as it prepares to reopen its vast network of theatres throughout China."

Under the agreement, ten top-grossing Wanda IMAX theatres in first and second tier cities — including Beijing CBD Wanda IMAX and Shanghai Wujiaochang Wanda IMAX — will be upgraded to IMAX with Laser. These theatres will shift from a sale to recurring revenue-sharing model, allowing for optimized financial performance.

Wanda and IMAX's partnership dates back more than a decade with several major, multi-theatre deals over the last several years. With this agreement, a total of 378 IMAX screens in China will now be in Wanda theatres across all tiered cities. In 2019, the box office of Wanda Cinemas was RMB 9.866 billion, and the core indicators such as box office, attendance and market share ranked No.1 in China for 11 consecutive years.