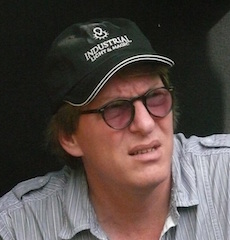 The Society of Motion Picture and Television Engineers has hired Howard Lukk as the Society's new director of standards. Over the coming 12 months, Lukk will transition into the position that has been held by Peter Symes for the past eight years. Symes will retire at the end of 2016.

"Howard's extensive knowledge is matched by his enthusiasm for the standards development process. His input will be invaluable as we look to improve the infrastructure that supports this important SMPTE activity," said SMPTE executive director Barbara Lange. "I look forward to having him on the team as a staff member, and I am confident that he will add to the Society's momentum in developing the key standards shaping our industry."

Lukk is a writer and director at independent film production and management company Pannon Entertainment, where he has been working on short films and providing technical consulting and education for clients. His last short film, Emma, was shot and finished in high dynamic range.

During two years as director of media systems at Pixar, Lukk was responsible for managing both the audiovisual engineering as well as the image mastering departments and the work of maintaining the recording, projection, and post-production systems and workflows supporting Pixar filmmakers. Before joining Pixar, Lukk held his first role with The Walt Disney Studios. As vice president of production technology for the studios, he focused on integrating a new digital cinema workflow throughout the company's global operations.

Lukk's early work with Disney built on his previous experience as director of technology at Digital Cinema Initiatives, where he was responsible for research and development, design, and documentation of a digital cinema system specification and test plan. Earlier, as chief engineer at International Video Conversions, Lukk worked with engineering staff to design, build, and maintain a high-end post-production facility specializing in digital cinema, telecine transfer, audio post, and standards conversion work.

"I have always respected and valued SMPTE's work in creating the standards that support interoperability in image, sound, and metadata, and I am excited about becoming even more involved in this process," Lukk said. "The many significant technological changes taking place in our industry give an immediacy to the Society's efforts and open up unprecedented opportunities to make a meaningful impact on the future of media creation, delivery, and consumption."

A SMPTE Fellow, Lukk has served the Society in numerous volunteer roles including Technology Committee co-chair, Working Group chair, document editor; and also director of the Moving Images documentary project. He has served as an advisor to the Board of Governors as an appointed standards director. In the latter role, Lukk has acted as one of the Society's key spokespeople with the entertainment industry, press, and public in matters relating to its standards efforts. Though Lukk will officially join SMPTE staff as director of standards on January 4, he will attend the SMPTE standards block meetings this month in Atlanta, Georgia.

"Howard's breadth and depth of experience in guiding adoption of new technologies across the motion-imaging industry, as well as his tremendous dedication to SMPTE and its standards work, make him a wonderful fit for this new role," said SMPTE Standards Vice President Alan Lambshead. "He will be a valuable addition to the SMPTE staff."