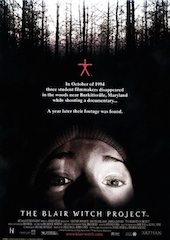 Titled Raven Fund I, the umbrella fund is headquartered in Los Angeles, California and is formed to develop, produce, invest in, distribute, manage and structure a diversified portfolio of horror genre entertainment investments, between one and five million dollars.

“We’re very excited about this fund and its participants; each of which have raised millions, or produced horror projects that have grossed hundreds of millions of dollars worldwide,” said Gregory Parker, Indie Crowd Funder’s co-founder and CEO of Raven Fund. “Now we are looking to replicate that success and allow the general public to partake.”

Formed using SEC Regulation A+ private equity exemption, for $50 million, the initial rollout of the fund includes diversification through debt and equity assets, but the fund also plans to offer investors a clear exit strategy, by listing on an Over The Counter secondary market as soon as feasible after closing.

“As an indie producer, I can tell you the Raven Fund I is a different look on the old film funds,” said Bailey-Ford. “The exit strategy is great for investor liquidity, and I am excited to be a part.”

Raven has recently submitted paperwork to the SEC for approval and now has a Title IV Indication of Interest posted on www.indiecrowdfunder.com. "The power of the horror genre ‘fan base’ can be leveraged,” said Myrick.

"The Raven Fund will build a loyal fan base that is invested in the success of its movies and hopefully help pack theaters around the world."

The fund will seek to position itself as a creative hub for horror professionals and create unique and engaging experiences for consumers.

“We are not only planning feature films and television series, but also innovative things like Facebook Live and virtual reality horror content,” said Chris Parker, Indie Crowd Funder’s co-founder and the architect of Raven Fund. “The horror genre is adding new ways of consumption like augmented reality and instant viewing. We plan to be at the forefront.”