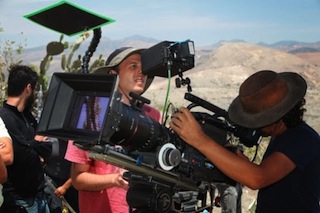 Mexican writer/director Amat Escalante won Best Director as this year’s Cannes Film Festival for his new thriller Heli. The film is the eagerly anticipated follow-up to Escalante’s previous films Sangre and Los Bastardos, which similarly drew critical praise (and numerous festival awards) for their unflinching portraits of the lives of ordinary Mexicans. Heli is also one of the first films produced by Mexico’s burgeoning independent film industry to be captured with an ArriRaw workflow based on Arri’s Alexa camera and Codex’s Onboard Recorder.

Set in Escalante’s home state of Guanajuato in central Mexico, Heli, which had its world premiere at this year’s Cannes Film Festival, tells a chilling tale steeped in the violence and social disorder of the country’s drug war. The film’s title character is a working-class man, struggling to support his extended family, who becomes unwittingly drawn into the cocaine trade with devastating consequences.

The film was shot by veteran cinematographer Lorenzo Hagerman, whose previous work includes the documentaries Presumed Guilty and Which Way Home, and Hagerman felt that the Codex/ArriRaw workflow was essential to capturing the rawness and nuance of Escalante’s story.

“As a cinematographer, I always want to capture as much information as I can; it’s a matter of subtlety, the little things that register in the image,” Hagerman explains. “When you use compression, slight degradations in light, little changes in color, can get lost. You may have two pixels side by side with slightly different values, but compression records them as the same, round number. You may not immediately see the difference, but you feel it. It’s there.” 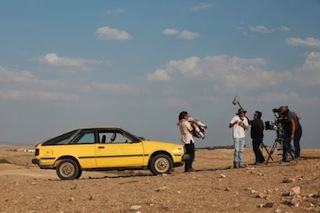 Hagerman adds that the proven reliability of the Codex/Arri Alexa combination was also an important consideration as the cast of Heli was primarily made up of non-pros. He would be shooting considerably more footage than if they were working with experienced actors and he didn’t want to chance equipment failure. “When I work, I want to forget about the gear,” he says. “Photography is not about operating technology; it’s about language. If you’re thinking about your gear, it’s an obstacle. On this shoot, I could let the Codex recorder do its job and focus on doing what I love.”

Hagerman shot Heli almost exclusively with available light. (Some nighttime exteriors were shot using only an ordinary 60-watt light bulb for fill.) The cinematographer notes that he has come to prefer working with natural lighting through his documentary work, and insists that it’s part of what gives Heli its visceral feeling of truthfulness and immediacy.

“The light in Mexico is very contrasty,” he observes. “This is not Scandinavia where you have 12 hours of twilight. The light is rushed, harsh, especially in Guanajuato, which is in the mountains. The land is high and the sun is tough.” The Codex/ArriRaw workflow enabled Hagerman to capture the often barely perceptible variegations in the landscape and the sky, which play important symbolic roles in the film.

Just as important, the Codex/ArriRaw workflow translated into greater flexibility in post production. All of the original detail was preserved in the source files and accessible when the film was going through final color grading. Hagerman was particularly pleased with a night exterior that was shot with the dome light of a car and a flashlight. “Initially, the shot looked very dark, but very quickly, we were able to pull out the details and achieve the look we wanted,” he says. “We didn’t have to spend a lot of time on those scenes. When you shoot with compression, you need to do a lot of math and push it a little bit, and that can leave you with annoying artifacts.”

In the end, Hagerman says, Heli was well served by the decision to capture ArriRaw on Codex. “I was very lucky to work with a production company, Mantarraya Producciones, that was not only concerned with making a film, but with making the best film possible, creatively and technically,” he concludes. “It’s essential to use the best tools, when you want to make a film that will last forever.”