Guilt Gets a Cinema Look 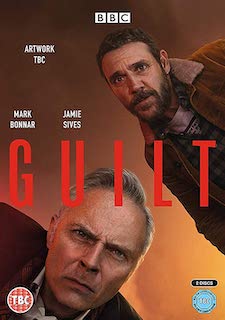 Shooting a second season of an award-winning show could potentially have been creatively restrictive, but cinematographer Caroline Bridges and director Patrick Harkins chose to evolve the original look of Guilt by enhancing the cinematic nature of the show.

“We did a lot of lens tests for the second season and chose the Cooke Anamorphic/i [lenses],” Bridges said. “One of the main reasons was that we could pull huge distances and there would be very little breathing, which was remarkable, and we felt it would enable us to keep the characters as the main focus without jarring the audience out of the story.”

Guilt, written by Neil Forsyth, was the first major drama produced for BBC Scotland. The first series saw two Edinburgh brothers, Max and Jake, struggling with their morals versus their desire for self-preservation after they accidentally kill a man. The second series picks up two years later as Max (played by Mark Bonnar) is released from prison and is out for revenge.

Bridges tested the Anamorphic/i lenses with and without the SF coating, and decided to go with the SF. “We loved the bokeh and the flares, and because we were shooting digital it gave a filmic softness in the highlights,” she said. “We really loved these lenses as there were very little aberrations, and when there was a slight aberration we would use it to our advantage, for example, when a character had a psychological shift, we used the 100mm which has a slight softness at the top and bottom of the image to enhance this change of thinking.” 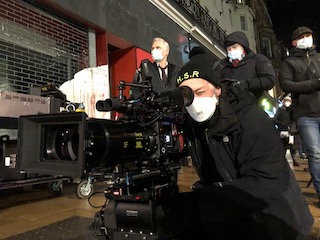 Bridges had used Cooke S4/i lenses before, but it was her first time using the Anamorphic/i lenses. “They’re just beautiful and so versatile. We shot predominantly on location and even in the smallest of environments the cinematic sense of scale was still there,” she said. “We had the full range of lenses and used them all. The 25mm, 32mm and 40mm were great to show the characters in their environments. The 65mm Macro was absolutely our favorite – such a beautiful lens and look, and whenever we could it was our go-to for a close-up.”

The camera package was supplied by Progressive Broadcast.

Filming took place in Scotland over 10 weeks between October 2020 and February 2021. “Patrick and I hadn’t worked together before, but I admired his previous work and he appreciated that my references were all filmic rather than televisual, which is the look we wanted,” Bridges explained. “Filming during the pandemic made communication on set a little challenging, but we were on the same page from the word go so he trusted the camera and lighting team implicitly to get on with it. I gave him [look up tables] and visual references and we’d speak as much as we could during the day.”

Harkins suggested using a Sony Venice camera which he had used previously on Tin Star: Liverpool; this proved useful for the specific geographical conditions. “We were worried because we only had six hours of daylight in the Scottish winter, but the Venice has a dual ISO so we could really push it when we were losing light, which was very helpful,” said Bridges. Drone footage was captured with an Arri Alexa Mini with a spherical lens.

Lighting and color played a key role for the new season to tell visual stories about each character. “Pat told me to be bold, so lighting-wise there are many color palettes involved”, she said. “We created particular looks for different characters and venues – for example [gangster] Roy Lynch’s spaces are all blue, while the casino is red to represent a descent into hell for certain character. How people were lit and framed was also psychological, determined by their narrative, their intentions and their manipulation of other people.”

The Anamorphic/i SF lenses’ attributes also contributed greatly to the visual choices. “In the casino scene we had lovely flare down the lens and beautiful bokeh from the pendular lights that looked so stunning in camera. The Anamorphic/i SFs worked brilliantly for that scene,” said Bridges. “There were certain shots that we felt were very cinematic. One of my favorites was on the 300mm lens; it was a very simple night-time scene with a tram coming towards camera, but with the lights in the background and foreground, and light reflections from the rain and wet ground, it used every element of that lens really well, the fall-off, the bokeh. Everything was perfect. I’d use the Anamorphic/i SFs again in a heartbeat.”

Guilt season two first aired in October 2021 on BBC Two and BBC Scotland and is available to view on BBC iPlayer.