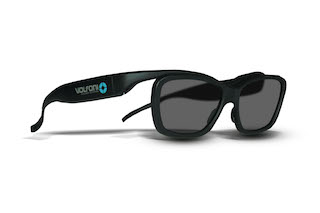 Grand Cinemas, the leading cinema chain in Lebanon, Jordan and Kuwait, is installing Volfoni 3D systems for its roll out of more than 40 screens. Volfoni’s 3D cinema technology will be deployed in a new multiplex to be opened this month in ABC Mall in Verdun, Lebanon.  In line with its strategy of expanding vertically and horizontally in the region, Grand Cinemas counts today over 81 screens, with additional new screens currently under development.

Grand Cinemas will deploy a combination of Volfoni’s 3D cinema technology products, including the highly efficient SmartCrystal Cinema NEO series and the award-winning SmartCrystal Diamond series. The company also plans to use Volfoni 3D to upgrade and replace the current technology now being used in its other theatres.

“We are thrilled to partner with Volfoni for our 3D cinema technology rollout in Lebanon. Grand Cinemas is an innovator in the market and Volfoni is perfectly positioned to support our growth. The quality, performance and cost-effectiveness of their products, will allow us to rollout 3D capabilities to more screens,” said Jean Ramia, managing director of Selim Ramia,Grand Cinemas. "This will ultimately benefit our audience with brighter 3D projections and deliver on our commitment of always entertaining our audiences.”

“As an industry leader and pioneer of cinema in the Middle East region, Grand Cinemas has been delivering high quality entertainment to their audiences for many years,” said Araceli Vaello, sales director for EMEA and CIS for Volfoni. “We are very pleased to have been selected by Grand Cinemas for their 3D cinema technology needs.  It is a confirmation of Volfoni’s technological innovation and strong market position in the 3D cinema hardware and services space.”