Graham Spurling: A Life in Cinema 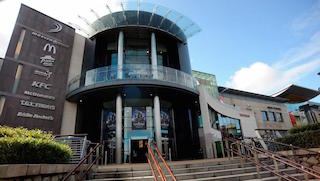 Graham Spurling is director of [email protected] in Ireland and managing director of Spurling Group Cinemas. He was also a founding board member of the Event Cinema Association. His company currently operates four theatres across country with a total of 34 screens. He has been involved in exhibition since shortly after graduating from Welsley College.

In the early 1970s Spurling’s father bought the building in their hometown of Greystones, County Wicklow, which had previously housed the Ormonde cinema. There he opened a hardware store on the ground floor with apparently no intention of reopening the movie theatre. But he left the upper balcony largely untouched. “The cinema came out of a conversation with the original owner who suggested it could be a good idea,” Spurling said, adding, “And, as they say, the rest is history.”

In 1976 the family converted the balcony into a 160-seat cinema and began showing what Spurling called, “all the biggies on the day of release including, Star Wars, Batman, Indiana Jones, Saturday Night Fever and Grease amongst others. My early days were all on the shop floor, ticket sales, usher duties, projectionist and cleaner. So I had all the bases covered from day one.”

The cinema and hardware store ran side by side until the mid ‘80s.

I recently spoke with Spurling via email about his family’s life in exhibition and the company’s plans for the future.

[Editor’s Note: As our interview was wrapping up, the Irish government announced that in the ongoing fight against the COVID-19 pandemic, movie theatres in the country would have to remain closed until at least August 10. Discussions are currently underway to either change that date or to get more government assistance for exhibitors and their employees. When asked about the situation, Spurling, an avowed optimist offered a short reply: “It won’t be easy but we will survive.”]

Digital Cinema Report: Talk about what happened after your family closed the hardware store and focused on cinema. 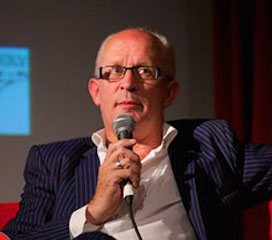 Graham Spurling: Over the next decade we were in partnership with an established Irish exhibitor converting old single screen cinemas into two and three screen venues. From there we went on to building multi-entertainment venues with cinema, ice rinks, kiddies play zones, dining and bars

Then came a parting of the ways about twenty years ago. We went out on our own with the building of cinemas in rural areas followed by, fifteen years ago, the opening of our two multiplexes in Dublin in partnership with another group. We then took over the business as sole operators three years ago. The current company is run by myself and my sister, Katinka, as joint managing directors on behalf of our father who is the man with the vision.

DCR: Prior to March 1, how many people worked for you?

GS: Including back office we would have had approximately 200 staff.

DCR: What is that number today?

GS: We have 25 still in full time employment and the balance on temporary lay off that will return to work once the lockdown is lifted.

DCR: Dealing with the short-term and long-term fate of loyal employees has to be one of the most challenging decisions facing any business owner in the world today. The challenge is even greater for exhibitors because, by government mandate, your doors are closed and you have no income. How are you handling the situation?

GS: Any employee placed on temporary layoff will receive €350 net per week [from the government] for 12 weeks. This allows layoffs without any reduction in net pay for lower wage employees. Some of them may in fact be better off financially. For any employee kept on the payroll, the employer will receive [again, from the government] 85 percent of the employee reimbursement. There is also a €300 million fund that businesses can access if needed up to €3 million with €500,00 available without guarantees and at minimal percentage rates.

However, we still have accounts to pay, rent to pay (under discussion) plus insurance and limited utility bills. All this is being paid out of accumulated cash reserves, which are obviously diminishing. 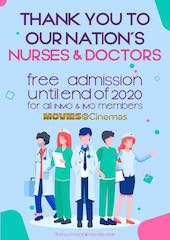 DCR: How many, if any, people in your company have tested positive for COVID-19?

DCR: An even worse question: how many, if any, have died?

DCR: Your theatres are some of the most sophisticated in the industry today. Digital cinema technology needs to be turned on and off periodically or it will stop working entirely. How are you managing your technology?

GS: We have a weekly check at all sites to maintain equipment. We also have weekly water flushing protocol in place to preserve water quality.

DCR: The last time you and I spoke, I believe you told me you were in the process of renovating at least one theatre and were looking into expanding. Is that information correct and what is the status of that effort?

GS: All plans are still proceeding but are delayed till the lockdown finishes. Once building works are allowed to recommence, we will be refurbishing screens prior to reopening. 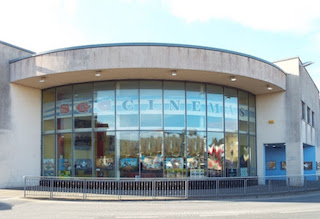 DCR: You’ve come up with an innovative idea for when your theatres reopen.

DCR: Much has been written in recent weeks proclaiming that the pandemic will be the end of movie theatres. Given that last year was one of the best years ever for movie ticket sales and given the fact that people are going stir crazy staying at home, I think the opposite is true. There are several promising films in the pipeline and I suspect once they’re released people will come out in large numbers to see them. What’s your opinion on that?

GS: This is the most difficult situation to call. We will reopen on reduced capacity and with very little big product to play. I am looking at some quite imaginative scheduling of older big titles and am in negotiation with distribution on near to zero percent rate on these titles. Difficult times ahead and even for positive people like me, it is scary. Keep safe and keep smiling.