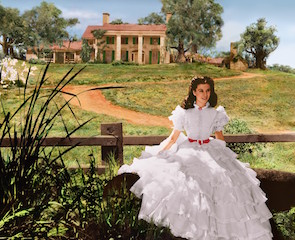 Classic film presentations that give audiences the rare opportunity to see cinematic favorites commercial-free on the big screen have generated $5.53 million since the beginning of the year, Fathom Events announced today. The results were led by the 80th anniversary of Gone with the Wind, which grossed $2.23 million in just six nationwide screenings across four dates, setting a record as the highest-grossing classic film for Fathom Events and the event cinema industry. The previous record was set in January by Fathom and another Warner Bros. milestone from 1939, The Wizard of Oz.

Fathom Events’ slate of classic films has helped drive a record start to the year for the event cinema company as a whole, despite an overall softness at the domestic box office. Also adding to the classic film totals for Fathom were re-releases of My Fair Lady and Dirty Dancing in February.

“Just a few months into 2019, our classic film vertical has far exceeded our expectations and driven phenomenal results, proving that audiences really love experiencing these magical movies on the big screen,” said Tom Lucas, Fathom Events vice president of studio relations. “This category is an integral and exciting part of our strategy for long-term growth.”

Both The Wizard of Oz and My Fair Lady were presented as part of Fathom Events’ yearlong TCM Big Screen Classics series, in partnership with Turner Classic Movies. The series continues with To Kill a Mockingbird in March; the monumental epic Ben-Hur in April; as well as two separate presentations in May: influential Western True Grit and 1989’s Steel Magnolias.

Additionally, in March and April, Fathom Events and Sony Pictures are teaming up to present The Karate Kid for the film’s 35th anniversary.