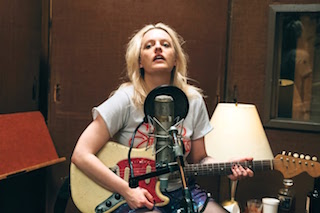 Sound production for Her Smell¸ writer/director Alex Ross Perry’s new film about a self-destructive punk rocker named Becky Something (Elisabeth Moss) was completed at Goldcrest Post in New York. Ryan M. Price served as supervising sound editor, sound designer and re-recording mixer on the project, delivering a rich and nuanced soundtrack that brings to life a seedy rock club, an indie recording studio and other points along Becky’s road to ruin and eventual redemption.

Given its rock ‘n’ roll subject, it’s not surprising that sound plays a big part of Her Smell. Price, who headed the sound teams on three of Perry’s previous films (Listen Up Phillip, Queen of Earth and Golden Exits), says that the director sent him a copy of the script even before production began. “I promised Ryan that this would be ‘the Big One,’” says Perry. “I wanted to shoot a movie that lent itself to the loudest, most intricate sound design imaginable.”

The film plays out in five discrete acts that trace the arc of Becky’s descent into addiction and abusive behavior followed by her struggle to get clean, rebuild relationships and regain her former artistic edge. In its lengthy opening scene, the camera roams the cramped, cacophonous backstage of a venue just after by Becky and her group have finished a set.

In designing sound for the scene, Price’s goal was to immerse the audience in Becky’s chaotic world and fevered mind. “We’re backstage after a show and it’s crowded and noisy,” he observes. “We have trucks getting loaded, people dropping stuff in hallways, people fighting in greenrooms. It’s intense.”

He adds that Perry shot the scene on a custom-built set on a soundstage, which meant that all the sound effects had to be created from scratch and blended into the scene. 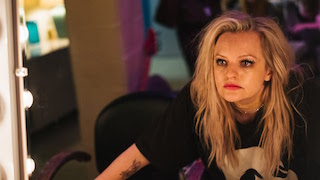 From there, the story abruptly shifts to a recording studio where Becky has an ugly confrontation with her bandmates and meets a young, up-and-coming band. The atmosphere is tense and at times so quiet, you can hear a pin drop. “Where in Act One, the sound design is big; in Act Two, it’s tactile and nuanced,” recalls Price. “It’s quiet; we wanted to immerse the audience the hermetically-sealed space of a recording studio. Doors have unique sounds. You can hear every footstep and button push. We used those limited sounds to punctuate the performances of Elisabeth Moss and the other actors, and to drive the tension.”

The inflamed atmosphere reaches its crescendo in Act Three. The band is back at a club, preparing to go onstage and nervously wondering if Becky is going to show. When she does arrive, she’s gone completely off the rails and vents her rage at everyone in sight. It’s the most sound-intensive point in the film. “The soundscape is large in this scene,” says Price. “Everyone creatively is at the top of their game, from the score to editing to the camera work. The sound design is supporting all of that on top of it to indicate how gross the club is. You hear footsteps from upstairs; people yelling through the walls.”

As Becky’s spins out of control, the sound design moves past realistic representation into the abstract. “Alex wanted it to feel like an assault, like there’s a battle happening,” Price says. “I went so far as to include gunshots and bombs going off. They are pitched and shaped differently so you don’t recognize them as such but the impact is there. Another note from Alex said that there is a sense that there are demons in the walls. One of many elements I used to get that feel was boiling oatmeal, stretched out and pitched down. It ebbs and flows through the scene.” 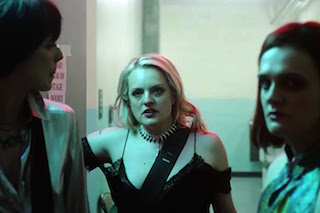 For Price, the madness of the scene is reflected in its idiosyncratic details. “There’s a leak in the ceiling and water is dripping into a bucket on the floor,” he notes. “The bucket is established in a close-up at the beginning of the scene and it continues dripping subliminally through the whole act. There’s also a refrigerator that’s broken and really loud, and a TV playing static in the corner of the room. Even the lights emit an eerie hum. All of these elements move with the camera, aurally maintaining the geography of the space.”

In the film’s fourth act, it’s one year later and Becky is in her home in the rural Pacific Northwest. She’s sober and trying to get her life back on track. It’s the quietest part of the film, notes Price, with only minimal sound effects accentuating sparse dialogue and music in stark contrast to the previous scene. In the concluding act, the soundtrack picks up steam again as Becky powers toward a far from certain comeback.

The finished soundtrack was mixed by Price on a stage at Goldcrest. Perry sat in for most of the sessions. “We worked hard to achieve Alex’s vision,” says Price. “With so much going on, it took a lot of care to achieve the right balance of music, dialogue and sound design. In the end, we were able to use sound to support the great work that everyone else brought to the film and the story being told. You hear the lights sizzling, the warfare going on just outside the room, the crowd stamping their feet upstairs. It’s all there.”

Perry described the mix as intense, but rewarding. “My other mixes with Ryan were five days; this lasted for twelve,” he says. “Some nights ended close to or past midnight. The files were so massive that we pushed the system to its limits and ultimately we perfected every detail beyond my wildest dreams.”