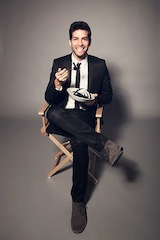 Accomplice Media director Alberto Belli has attracted audiences of millions worldwide with his riotously funny short films. Earlier this year, his short comedy For Your Consideration became a worldwide viral sensation. A hilarious spoof of Les Miserables and actress Anne Hathaway’s desperate pursuit of an Oscar nomination, the film, generated millions of views on YouTube and was featured on The Today Show, Inside Edition and similar shows around the globe.

Did you always want to direct?

When I was a kid, I played around with my dad’s video camera, but in college I studied computer science. Being a director seemed too farfetched. But then I found out about the film program at USC and applied. My parents thought I was crazy, but that’s changed. They see how happy I am.

As an Italian guy who grew up in Mexico, how did you fit in at USC?

Not too well. I was the awkward guy who did comedy. Everyone else wanted to do super deep drama. I liked making people laugh. It felt right.

Your Anne Hathaway film, “For Your Consideration” became a big hit. Did that surprise you?

I was shocked. The actress, Emma Fitzpatrick, posted it to her Facebook page and within an hour, people she didn’t know were sharing it. It got onto Twitter and pretty soon celebrities were Tweeting it. Then I was contacted by EW. They did a big “making of” story. Emma was on a lot of TV shows. Katie Couric’s Oscar special, The Today Show, Inside Edition. 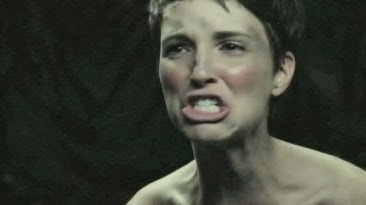 I had heard a lot of stories from friends who are actors about the stuff they have to do on auditions. Then I was watching TV one day and I wondered about a girl in a sex scene. What would she tell me if I asked her how she got the role? I thought it would be funny to play with that concept.

It’s a very polished, well photographed film. Did you have a lot of resources to work with?

Were you surprised by its success?

I would have been happy with 50,000 views. I thought it would never replicate the success of the Anne Hathaway piece. But then it became even bigger. I began hearing about it from friends of friends. Someone saw it in New Zealand. Friends living in Paris and London called me to say that they’d seen in on the news.

And now you’re trying your hand at advertising. What interests you about that world?

I love commercials, especially commercials that tell stories while being funny. I liked the Darth Vader spot that Volkswagen ran during the Super Bowl a couple of years ago. That’s my kind of humor. 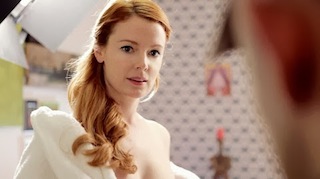 Is this a good time to be embarking on a career as a director?

Yes, I think so. There are a lot of opportunities. Twenty years ago, if you were coming out of USC, you’d direct a short film and hope someone hired you to direct a feature. That doesn’t happen anymore. Now, people who direct virals are getting jobs. Today, it’s very easy to share videos and to reach an audience that would have been impossible 20 years ago. If you made a short film back then, it would never have been seen in New Zealand. So, yeah, I think it’s a great time to be a director.

What are you working on now?

I’m directing a show called Pop-Up. It’s produced by HLG films and Paperbag Princess Productions, who also produce the show Leap Yearfor Hulu. It’s about two young women, played by Jessa Zarubica and Rachel Morgan, who open a pop-up shop in Venice on a street filled with unique characters, including a guy who runs a lemonade stand and also serves as the mayor, a magician and a mute poet. The cast also includes Jacob Zachar (Greek) and Aviva Baumann (Superbad). We’re hoping to finish by the end of the year and expect it to be online next year.